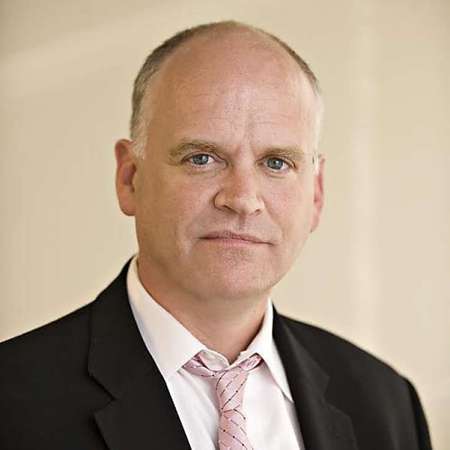 Ron Fournier is an American national political journalist, who currently works for the National Journal. He has won the prestigious White House Correspondents' Association Merriman Smith Memorial Award four times. He works as the senior political columnist for the National Journal. Ron used to serve at the Associated Press as a Washington bureau chief until June 2010.

Ron Fournier covered the United States presidential election for which he won the Society of Professional Journalists' 2000. He was also the co-writer of the book Applebee's America Mathew Dowd and Doug Sosnik. Ron was the main contributor for leading a dramatic shift in the AP's policy.

Ron Fournier was born in 1963, Detroit, Michigan, United States of America.  Ron began his professional career in the year 1985 in Arkansas for The Sentinel-Record. After some years, he moved to the 'Arkansas Democrat', a newspaper. He then covered Bill Clinton during his final term being in the Little Rock Bureau of the AP in 1989, where he worked for two years. Then he moved to the AP's Washington bureau as Bill Clinton was elected as the President.

In the year 2004, Ron Fournier undertook the fellowship of 'Harvard Institute of Politics' and then left AP for some years. After leaving the bureau, he co-wrote 'Applebee's American with Mathew Dowd and Doug Sosnik. Then, he returned AP in March 2007. Before returning to the AP, he served for new internet website named Hotsoup.com as editor-in-chief. Ron returned to AP as an online political editor, after considering a senior advisory role with Republican Senator John McCain's presidential campaign.

Ron Fournier is married to Lori Fournier and has a son named Tyler. His son is diagnosed with Asperger's syndrome. Ron has written a book 'Love that Boy', which is about his relationship with Tyler and what he taught about parents' expectations.