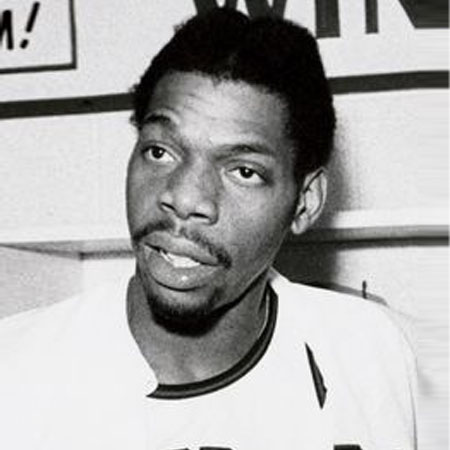 Ronald Charles ‘Ron’ Brewer was born on September 16, 1955 in fort Smith, Arkansas, United States where he spent most of his childhood days and learned to play basketball.

Brewer attended the Fort Smith North side High School and began playing basketball. He even led the grizzlies to the 1974 Overall Championship and a 30-0 record. He went on to attend West ark Community College. Brewer then signed to play at the University of Arkansas for Coach Eddie Sutton. He played excellent and went on to achieve an average of 18.0 points per game. He helped the Arkansas Razorbacks reach the final four in the 1978 NCAA Men’s Division I Basketball tournament where he was named in the All Tournament Team. He was picked by the Portland Trail Blazers in 1978 NBA Draft in the first round. More specifically he was the 7th pick. He was then named the 1978-1979 NBA All Rookie Team when he achieved an average of 13.3 points and 1.3 steals per game. Ron was drafted directly after Larry Bird. Ron spent eight seasons in the National Basketball League being included in various teams. He was signed to San Antonio Spurs in 1980 and played there for a year. Later he played a year for Cleveland Cavaliers. In 1982 he signed with Golden State Warriors and played till 1984. In the same year he returned back to San Antonio spurs briefly before leaving for New Jersey Nets. In 1985 he played for Chicago Bulls and a year later he played for Cleveland Cavaliers which marked the end of his NBA League career. He finished his career with 5971 points, 971 rebounds and 920 assists. His entire NBA career was very interesting and active.

Ron married lover Carolyn Brewer and had a son named Ronnie Brewer. The couple’s relationship was never subjected to any kind of divorce or separation. They have lived happily through the most part of their lives and are planning to do the same till the end. Ron’s only son , Ronnie too, like him played college basketball at the University of Arkansas. He was selected by Utah Jazz in the first round of the 2006 NBA Draft and become the first father-son combination in Chicago Bulls history when Ronnie joined in 2010. Both the father and son are excellent players. The family is seen happy and together in many public occasions.

Ron Brewer is currently 59 years of age, height being 6 feet 4 inches and weighing 82 kgs. He has a healthy figure. Although Ron’s net worth is not known to the media, it is evident that he has earned a lot in his life, viewing his active NBA years. He has been recognized through many awards including NBA All-Rookie First Team in 1979, Consensus second-team All-American in 1978and Southwest Conference Player of the Year in 1978. Ron is till date very admired by his team members and his fans.