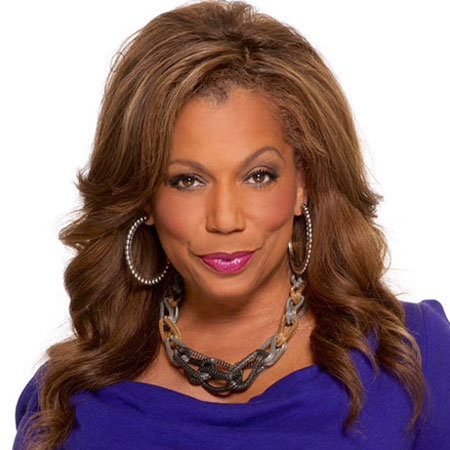 It is not sufficient to introduce Rolonda Watts as an American actress only. She is a producer, voice-over artists, motivational speaker, novelist and the host of television and radio talk shows. She was the host of internationally syndicated talk show eponymous Rolonda from 1994 to 1997. She is the current on-camera announcer for the program Divorce Court. Active in the field since 1988, Rolonda was born on July 12, 1959.

Rolonda Watts was born to Dr. Velma Gibson Watts, an associate dean at Wake Forest University and Roland Watts, a chairman of Fine Arts Department at Winston-Salem State University. Having been born in an educated family, she has been nurtured likewise.

Rolonda Watts started her career as a general assignment reporter at WFMY-TV after her graduation from the University. Later, she started working for WNBC for which she won an Emmy nomination. She worked for WABC-TV in New York as an anchor and reporter. In 1987, she started hosting a television show called Attitudes.

In 1988, Rolonda Watts started working for a news magazine titled ‘Inside Edition’ as a senior correspondent, weekend anchor, and producer. Since 1994, Rolonda hosted her own show called eponymous Rolonda till 1997. After the show, she moved to Hollywood to pursue her career in acting. She got her first role in the television series Sister, Sister as Vivica Shaw, where she acted for 6 episodes. Then after, she appeared in the number of soap operas including The West Wing, JAG, The District Yes and many others.

In 2006, Rolonda Watts started to host an afternoon radio show which got closed in 2007. Then she served as an announcer of the game show Temptation. She has given a voice for the character ‘Gladys’ in the Nickelodeon series The Penguins of Madagascar. Currently, she is busy in the shoot of two films and five are ready to be released. She is the president of her own production company called Watts Works Productions.

Rolonda Watts is a hard worker and a talented person. She is assumed to earn a very good amount of salary that has increased her net worth to millions of dollars. However, the exact amount of her salary and net worth is not available in any media by any means whatsoever.

There is a long list of her fans that want to get more information and updates on her. She can be followed on her Twitter and Instagram accounts. There is a very short biography available on her in Wikipedia and IMDb which is very helpful to known on her.