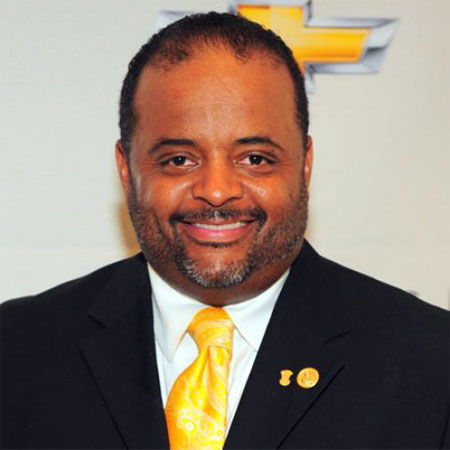 Ronald Martin was born on November 14, 1968, in Houston, Texas. He was born to parents Emelda Martin and Reginald Lynn Martin Sr. and belongs to Black community. His maternal great parents were the emigrants of Haiti.

Ronald Martin childhood was difficult yet not full of struggles. His parents gave Ronald a good education. He went to Yates High School. He is a graduate of Texas A&M University majoring in B.S. in journalism and has completed his master’s degree from Louisiana Baptist University in Christian Communications.

Ronald Martin served as a contributor for the show Lead Story, the BET Sunday morning news program, during the 1990s. He was the executive editor of Chicago Defender. Later he joined at WVON, Chicago as the host of the morning talk radio show. From 2007-2013, Ronald Martin worked at CNN as a contributor. He presented the CNN program Campbell Brown: No Bias, No Bull while the main host Campbell Brown was on the maternity leave.

Ronald Martin announced his departure from CNN through Twitter in March 2013. Ronald made a move from CNN to TV One. He began to host the TV One’s one-hour live morning news program News One Now since November 4, 2013.

Moving onto the personal life of Ronald Martin, it seems he is having a comfortable and blissful married life. He is married to his wife Jacquie Hood Martin. She is also from the black community and they dated for few years prior to getting married. They have a strong bond and huge understandings about each other. Martin’s wife is very supportive of him. The couple got married in 2001.

The Martin’s does not have any children of their own but are raising their six nieces together as if they are their own children. Ronald states that taking proper care of the children means being a father; it is not a biological title. Martin is very faithful to god and said he went in the presence of god and accepted being the godfather of his six nieces.

Ronald Martin was caught in a controversy back in 2012 after responding on Twitter to the advertisement of an underwear featuring David Beckham. He had tweeted "If a dude at your Super Bowl party is hyped about David Beckham’s H&M underwear ad, smack the ish out of him!" This Tweet was taken seriously by the GLAAD (the Gay and Lesbian Alliance against Defamation) making his temporary suspension from CNN.

News reporter and the civil rights activist, Ronald Martin earns a lucrative amount of salary that has increased his net worth day per day.