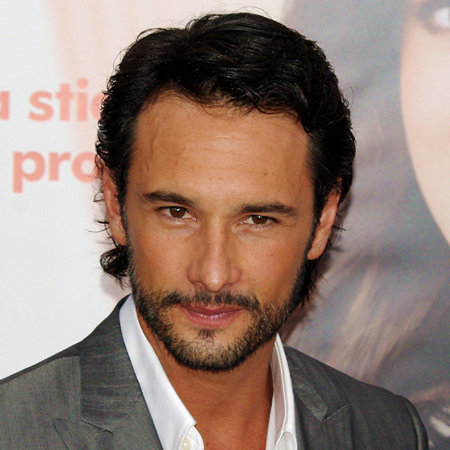 Rodrigo Junqueira dos Reis Santoro is a well known Brazilian actor. He has established his name with movies like Brainstorm, Love Actually,  and Rio.  He is best known for his portrayal as Xerxes in the movie, 300.

Rodrigo Santoro was born on August 22, 1975, in Petropolis, Rio de Janeiro, Brazil. He spent most of his childhood days in Petropolis. His father Francesco Santoro who is an engineer is an Italian and his mother, Maria Jose Junqueira, an artist, is a Brazilian.

Rodrigo began studying Journalism in 1993 at PUC-Rio and entered ‘Oficina de Atrores da Rede Globo’ but only for a year.  During this time he played many telenovvelas like Olho no Olho and the miniseries Hilda Furacao to name a few.

Rodrigo was the voice of Stuart Little as well in its Brazilian sequel. He has  not only established himself in Brazilian cinema but the Hollywood as well with movies like Charlie’s Angels : Full Throttle as character Randy Emmers  and Love Actually in 2003, 300 as character Xerxes I, Che as character Raul Castro , Heleno as Heleno de Freitas. He has also voiced as Soccer Announcer in the animated movie, Rio.

He is seen in the 2015 movie The 33 as character Laurence Golbourn . Rodrigo has also been seen in many Brazilian TV series like Sai de Baixo, Os Normais. He was a regular on the third season of the famous ABC drama series Lost as character Paulo. Recently he has been seen also in the 2015 series WestWorld.

After their break up, Rodrigo began dating Luana Piovani and stayed in the relationship for 3 years. In the mean time there were strong rumors about him having an affair with Brazilian supermodel Gisele Bundchen which was later denied by both parties.

In 2001, he began dating Fernanda Lima but they broke up soon after. He then began dating model Ellen Jabour in 2003 and broke up after a four year long relationship. There were also rumors that he had been seeing actress Natalie Portman in 2009 and actress and singer Jennifer Lopez in 2011 but both parties denied it.

He is currently dating Mel Fronckowiak and they are frequently seen in the public. They seem happy together after 2 years of dating. Rodrigo has not yet married and does not have any children.

Rodrigo is currently 42 years old and his net worth is estimated to be $3million so his salary is high as well. He has a perfect body measurement and is masculine.

He has won a Cannes Film Festival Chopard Trophy Male Revelation , Festival de Brasilia Best Actor for Meu Pais, ALMA Best Actor for What to Expect When You’re Expecting and many more.