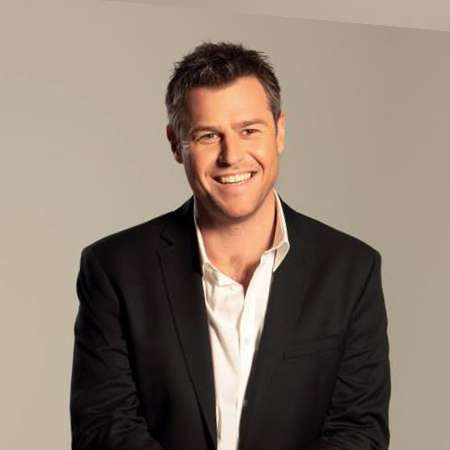 Rodger Corser is an Australian actor, well known for his role character of Detective Senior Sergeant Steve Owen in the nine network crime's mini-series named underbelly which was based on the Melbourne gangland killings and as Senior Sergeant Lawson Blake in a police drama series named Rush.

Rodger Corser was born on 28 February 1973 in Victoria, Australia. He attended Deakin University and got graduated with B.A in media studies in 1990's.

During his teenage, he was a lead vocalist in a band named Stone the Crowes. They played the Rolling Stones and Black Crowes cover as a tribute as well as several original songs.

He also appeared as a lead singer in a 4-piece cover band called Sideshow BOB and played around few Melbourne Pubs during the mid-late 90's.

Though Corser had begun his career since his teenage, he came into limelight in the year 1998, as he was cast as a leading role in an Australian Production of the musical rent. He played the role of 'Roger', an HIV-positive musician.

As his portrayal came into a successful career in television, later he appeared in other theater show including Leader of the Pack and Below.

In the year 2001, Corser showed up as a Detective Senior Constable George New house in the final four episodes of Water Rats, till 2004. Later in 2005, he played the lead role as Alex in the Australian movie named Let Me Not.

Besides his participation in TV series and movies, Corser has also appeared in several advertisements as he is mostly recognized as a promotional guy for Hyundai. He was also a narrator in the first series of Network Ten's Factual TV series named Recruits, shows the people in training to be a police officer in the New South Wales Police Force.

As he has played in numerous movies and series. Currently, he has been appearing as John Doe in ABC series named The Beautiful Lie which is a modern adaptation of Anna Karenina.

Corser is currently in a marital relationship with his second wife Renae Berry. They married in the year 2007. They have 3 children together, Budd Corser born on 2010, a daughter named Cilla June Corser born on 2012 and the youngest son Dustin Corser in summer 2015.

They have one daughter from Rodger's previous relationship with Christine Anu named Zipporah Mary Corser born on 2002.

He is white in ethnicity and holds an Australian nationality.

Rodger Corser earns a heavy amount of money from his acting career and endorsements. As he his living his life with his wife and children in luxury.

He has a huge amount of net worth, however his exact amount of net worth in still under review. His television series Puberty Blues made the worldwide grossing of about AU$4 million. Similarly, his other TV series were also the big hits.