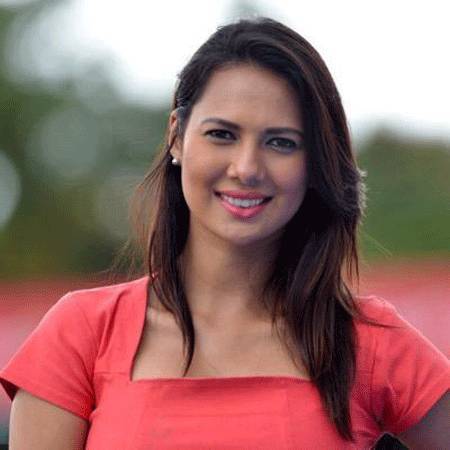 She has been on fire lately and there is nothing she has not achieved in a very short period of time. She is a dazzling diva and her sex appeal can drive anyone crazy. She already has a great fan following and this is all because of her hot looks and cute acting skills. She is none other than the very talented and very good looking Rochelle Rao.

Rochelle Rao was born in the year 1988 on 25th of November and this makes her age 28 at this time. She was born in a place called Chennai which lies in India. She is an Indian off course by her nationality. She has siblings as well in her family and their names are Paloma Rao, Fritz David Rao and Noel Rohn Rao. The names of her parents are Nicolas V Rao and Wendy Rao and they must be very proud of what their daughter has achieved in her career till now and they also know much more is yet to come as she is so very talented.

Rochelle Rao's early life was not lavish but not difficult as well. She went to a college called M.O.P Vaishnav College to get her degree in the field of Electronic Media. She was a very sharp child from her childhood and after getting a platform, there was no turning back in her career.

What has made her so successful and so popular is her career. She has taken part in a huge beauty contest and she has come out victorious many times. In the year 2012, Rochelle Rao finished as the first runner-up in a beauty contest called Miss India South. The same year she was crowned as Femina Miss India and this has been her biggest achievement so far.

Rochelle Rao finished 9th out of 68 contestants in the huge Miss International Beauty Contest which was held back in the year 2012. She has done great roles in TV series in India and this has given her everything she deserves. She has appeared in huge hit series such as Jhalak Dikhhla Jaa, Fear Factor: Khatron Ke Khiladi and Big Boss 9. She is much loved for her amazing work as Lottery Nurse in the biggest comedy show of India called The Kapil Sharma Show.

Rochelle Rao is not married right now but she is in a live-in relationship. She is currently dating her boyfriend and partner Keith Sequeira and their relationship is going very strong. The couple had not decided to get married till now but soon they might do so. However, her partner was a married man before dating her. Their relationship is built on mutual understanding and trust.

Rochelle Rao is not very tall as she has an average height of 5 feet 5 inches. Her amazing salary has always boosted her net worth.