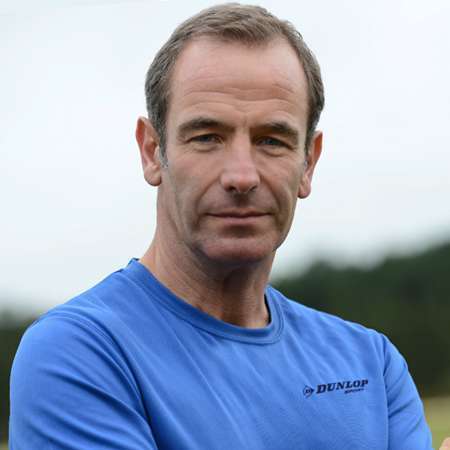 Robson Green is an actor, songwriter and singer as well as a television presenter of English nationality. He has been notably known for his career in acting in the television series like Soldier Soldier whereby he appeared as Dave Tucker. He has also appeared in Wire in the Blood as Dr. Tony Hill as well. His presenting skills as in Extreme Fishing and Tales from Northumberland have been highly appreciated. He was born on the 18th of December, 1964 and at the age of 51; he has acc u mulated the interest and attention of a huge number of fans around the world.

According to his bio, the personality is a native of Cramlington. He has been known recently for portraying the role of a hospital porter named Jimmy Poweel in the BBC TV show named Casualty. He has been portraying the role of Detective Inspector Goerdie Keating in the show Grantchester of ITV. He has also been known for his singing credits. The hugely talented and versatile personality has been the part of the duo named Robson and Jerome. The duet has had a huge number of number 1 singles in the 1990s but has stopped singing.

The personal life details of his versatile personality also have been the concern of his fans across the world. it has been known that he was born to his father who was also named Robson Green. He grew in a small mining village in less money as his father was a coal mine worker.  He left school at the age of 16 and pursued a career in the entertainment fraternity which has been extremely successful for the actor. His career started as a successful actor in the BBC series Casualty and this is what has made him extremely popular in the acting fraternity. He has also appeared in several movies.

The extremely talented actor has been married twice. He married his first wife Alison Ogilive on 1991 and the couple was together up until 1999. She is an occupational therapist by profession and the couple separated eight years after their marriage. Former page 3 model Vanya Seager is his second wife and they have a son named Taylor Robson together. They separated after 10 years of their marriage on 2011. He has also made it to highlights that he has had a relationship with the wife of a vicar and that they were living together. The woman is said to have left behind her two children and husband for him. They reportedly met at the gym.

The net worth of this personality is known to be between 3 to 4 million and he has earned a huge salary over the years to achieve this amount. He has a height of 5 feet 9 inches and weight that matches with him perfectly.