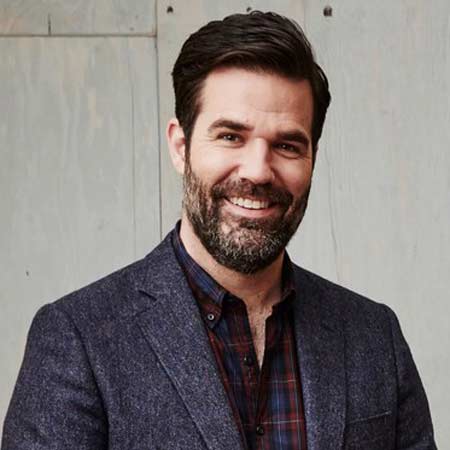 Amerian comedian and writer, Rob Delaney is best known as the co-star and co-writer of the popular Amazon series, Catastrophe. He first came to public attention via Twitter as he is one of the first comedians to use social media to share his jokes. As of 2018, Delaney has 1.54+followers on Twitter. Currently residing in London, Delaney is married to Leah Delaney. The couple lost their youngest son in January 2018.

Rob Delaney was born on January 19, 1977, in Boston, Massachusetts, US. He is American and belongs to White ethnicity/race. He attended New York University's Tisch School of the Arts and earned his degree in musical theater in 1999.

Rob Delaney is active in the entertainment fraternity since 2003 but he came to the public attention in 2009 via Twitter after he started posting jokes. He is one of the first comedians to use social media to publish his jokes. He credits comedian Graham Lineham for his popularity as he though he rose to fame after Linehan started responding to his tweets.

As of 2018, Delaney has more than 1.54+million followers on Twitter. He was named one of the ten funniest people on Twitter by Paste magazine in 2010. He received  The Comedy Awards in the category of  'Funniest Person on Twitter Award' hosted by Comedy Central.

Delaney made his TV debut in 2007 appearing in Wild Girls Gone. He then featured in 10 episodes of Coma, Period. In December 2011, Comedy Central announced, he would shoot a pilot for a variety show, @RobDelaney but due to some reason, the show was never picked by them. 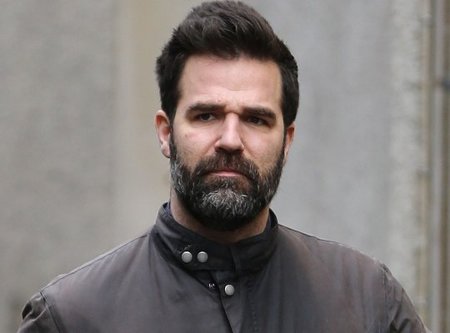 Later he co-wrote and co-starred in  British sitcom, Catastrophe alongside Sharon Horgan. The show debuted in the United States on Amazon in June 2015. It successfully completed its three seasons and has been renewed for a fourth one. Due to Catastrophe, he moved to  London. Other than that he has appeared in a number of British panel shows including  Have I Got News for You, 8 Out of 10 Cats Does Countdown, Would I Lie to You?, and The Big Fat Quiz of the Year among others.

Delaney served as the panelist on the BBC's Question Time which was chaired by David Dimbleby, in Coventry, England on June 15, 2017.

Rob Delaney has written several articles for Vice and The Guardian. He published his book, Rob Delaney: Mother. Wife. Sister. Human. Warrior. Falcon. Yardstick. Turban. Cabbage in November 2013. His most recent venture, Deadpool 2 hit the silver screen on May 18, 2018, where he played the role of Peter W.

Delaney has an estimated net worth more than $1 million but no official confirmation has come about it. He earned between $300k-$500k per episode from his appearances in Catastrophe. He also owns luxurious properties in London and California.

Rob Delaney is happily married to his longtime girlfriend, Leah Delaney. The duo exchanged vows at an intimate ceremony in the presence of their closed ones and family members a long time ago.

The duo is blessed with three sons but unfortunately, the couple lost their youngest son, Henry in January 2018 due to a brain tumor.

Delaney shared the sad news of demises of his two and a half-year-old son after a month via his Facebook,

Delaney met with an accident in 2002 while he was driving and broke his right arm and left wrist and had both of his knees scratched to the bone. He spent 24 hrs in jail and the judge gave him two choices between a prison sentence or rehab and he chooses the latter one. Because of the accident, he prompted to stop drinking and has been sober.

In 2012, Rob Delaney publicly talked about his experience with clinical depression and alcohol addiction which he faced many years ago. He said,

Delaney is also a left-wing progressive and he often shares his political views with his fans. He believes the president must be elected on their policies regarding education and health care. He voted for Hillary Clinton in the 2017 general election.

Below is a video of Delaney while he appeared on Jimmy Kimmel Live.