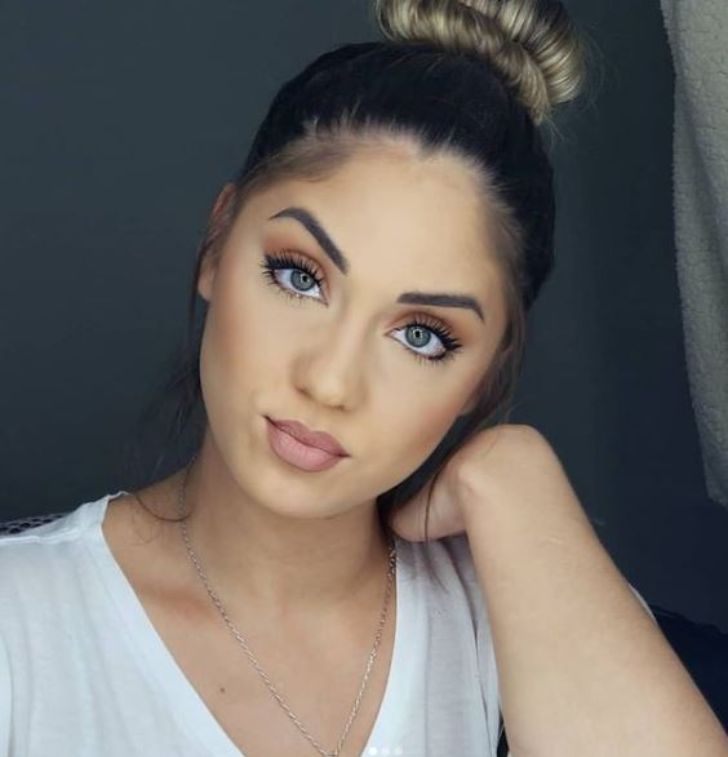 Being a celebrity spouse may get one into the hype, but once their relationship is over, it's a kind of reality that the spotlight gets away in no time. Despite having a profession as an American model, Rikkie Leigh Robertson rather became media attention in the early 2010s as the wife (now ex) of songwriter & music producer A. B. Quintanilla. They divorced after 5 years of marriage & share no children.

The member of Selena y Los Dinos, Quintanilla has a bunch of relationships in the past; he is the father of 8 children & has a grandchild.

When Is Rikkie Leigh Robertson's Birthday? Her Age?

Robertson was born on March 14, 1988, in Corpus Christi, Texas, the United States. She is an American nationality and has a British-Scottish heritage. As of 2021, Rikkie Leigh Robertson is 33 years old & has a height of 5 feet 10 inches. Her body measurement reads 34-28-40 inches.

Was Once Married To A. B. Quintanilla But Divorced- Relationship Details

Reportedly, Quintanaill came with an announcement of divorce with Rikkie after a concert on July 5, 2016. 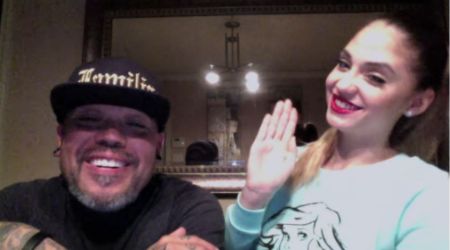 After a few years of the divorce, the American model, in January 2019, posted a YouTube video on her channel about her whereabouts. Furthermore, she recalled the reason for their ugly divorce; she "wanted to be out" after A.B. didn't care about her.

While together, they didn't welcome any children. Even if the former duo kept low-key about their courtship, they reportedly were in a relationship for many years before walking down the aisle.

Robertson Is Fourth Wife Out Of Five To A.B Quintanilla

Robertson's ex-husband A.B Quintanilla has been married five times; the latter is the father of 8 children and has a grandchild. She is the fourth wife of the American songwriter and record producer.

Firstly, the Toppenish, Washington-born was in a marital relationship with his first wife Evangelina “Vangie” Almeida.  They exchanged vows on April 17, 1988, in Corpus Christi, Texas, when Quintanilla was 24 years old.

They welcomed a son, Svani Quintanilla (b. 1991), and daughter Martika (b. 2000); the couple divorced in the same year of their daughter's birth. From his son Svani, A.B.Quintanilla has a granddaughter Yvie. 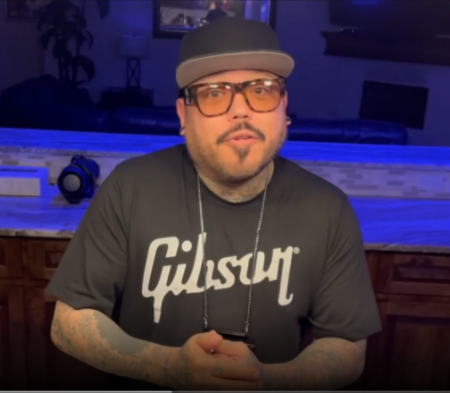 From further marriages, the songwriter of the song Como la Flor has five sons and daughters between 2002 and 2009 (totaling eight), though has not specified baby-mamas.

Quintanilla's second wife was actress Heather Grein; they married in 2002 but divorced after 2 years and welcomed 2 sons while together. Then, he tied the knot with Brenda Ramirez (third wife) in 2004 and parted ways in 2009.

On September 16, 2019, the member of Selena y Los Dinos married for the fifth time, Anjelah Quintanilla (nee Orellano), in Las Vegas, Nevada. She is of Argentine origin.

Currently, Rikkie is married and lives with her second husband in Texas. Her husband is none other than David Gonzales, whom she introduced as her boyfriend in a YouTube video on January 1, 2019.

The couple exchanged vows on February 23, 2021, and shared pictures of their wedding on Instagram. 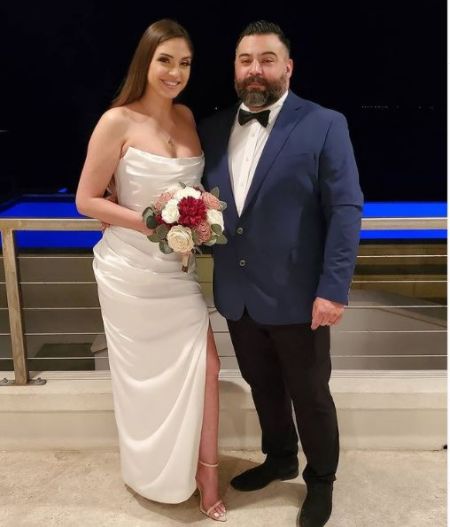 David a photographer by profession; the duo met while at AB's band and began dating in 2018. After 2 years of relationship, they announced their engagement on July 19, 2020. They are yet to share any children, but her current husband David is the father of 2 sons (Josh and Matt) from his previous relationship.

Rikkie is an avid user of social media platforms; her Instagram @rikkie.leigh has more than 22.1K followers while her Twitter account (@RikkieLeigh314) has 4.7K followers in 2021.

As of 2021, Rikkie Leigh Robertson has a net worth of $500,000. Professionally a model, Rikkie is represented by a talent agency The Blanco Agency. Often, she poses as a model for her photographer husband (second) David Gonzales.

As per calculation from the Influencer Marketing Hub tool, Leigh can sum up to $132 - $220 per sponsored post.

In addition to that, she runs an eponymous YouTube channel, Rikkie Leigh, with 16.1K subscribers and a total of 2.38 million views in mid-2021. She created the YouTube channel on August 11, 2012.

According to Celebrity Net Worth, her ex-husband A.B. Quintanilla has $5 million net worth at the moment; probably, she summed up quite a chunk from her divorce with Quintanilla.