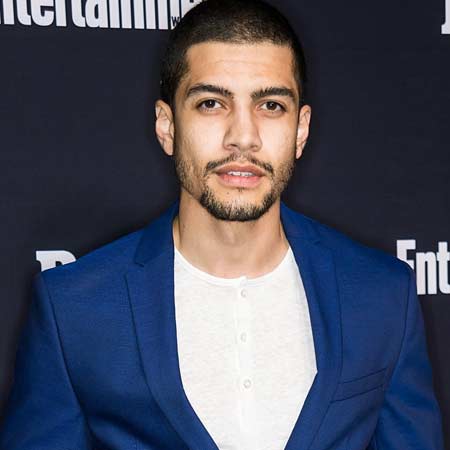 Rick Gonzalez is an American actor and singer known for his role,  Timo Cruz on Coach Carter and Naps on Roll Bounce. Gonzalez is active in the industry since 1997.  He rose to international fame after starring in the American superhero television series, Arrow as Wild Dog. Some of his popular movies and TV series credit Deuces, Legends of Tomorrow, Make Your Move, and Legends of Tomorrow.

Rick Gonzalez was born on June 30, 1979, in Brooklyn, New York City and was raised in the working class neighborhood, Bushwick section of Brooklyn. He is of Dominican and Puerto Rican descent. His parents separated when he was still young, and Gonzalez lived mostly with his mother.

Gonzalez did his schooling in Brooklyn attending elementary and junior high school there. From an early age, he used to put up small improvised shows for his family and even participated in his school's plays.

He went on to enroll in the High School of the Performing Arts in Manhattan and graduated in 1997. He started working at  New York for a while and later moved to Los Angeles to welcome more opportunities

Gonzalez debuted in the entertainment industry in a Television series named, FIX: The Series in 1997 and a year later did a Television movie, Thicker Than Blood. After that, he was seen doing numerous Television series and movies like Prince of Central Park, The Rookie, Laurel Canyon, Old school, Coach Carter, Pulse, Pride and Glory, The Guilt Trip, 179th Street, Bad Dad Rehab, Deuces and many more.

Similarly, his TV series credit Law and Order, Boston Public, The Shield, Reaper, Medium, Lie to Me, Dark Blue, Bones, Rush, NCIS, Ironside and so on.

Gonzalez is a multi-talent as he has his hands in the music field as well. He released his mixtape album called The  Invisible Man. He starred in some music videos as well as Twista's video named Hope Mashonda's Back of the Club and Obie Trice's Snitch. He also appeared on the famous singer and songwriter Lady Gaga's single called Judas in 2011.

Gonzalez is estimated to have a growing net worth of $1 million. He is paid a decent salary for his involvement in series and movies and earns well for himself.  He is a regular cast member of Arrow and as per the source, he earns $80k per episode.

Gonzalez is said to have a house in Hidden Hill, California but the details are not specified.

Gonzalez is in a relationship with Sherry Aon. Though some sources claim that the couple is married, he has not confirmed the rumors yet. The duo has a daughter who was born on 26th July 2013. The family of three is living a happy life.

Gonzalez didn't have quite the happy family as his parents got separated when he was still young and he lived mostly with his mother post-divorce. His parent had met in Washington D. C and got married there and later moved to Brooklyn where he was raised.

Gonzalez has a mixtape named Invisible Man which he said was dedicated to all the music producers who didn't recognize his work and made him look invisible.

Happy Father's Day to all the awesome dads! From my family to yours! #happyfathersday #godbless #gooddadgang