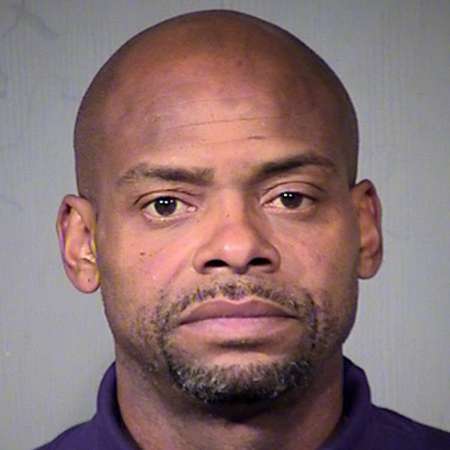 Richard Wayne Dumas was born on 19th May 1969 in Tulsa, Oklahoma, united States and spent most of his childhood days playing basketball there. His father, Rich Dumas was a former American Basketball Association player.

Rich attended Booker T. Washington High School located in Tulsa, Oklahoma where he played basketball actively and later in 1987 he joined Oklahoma State University-Stillwater, where he played basketball till 1990. Dumas was later drafted in the 1991 NBA Draft by the Phoenix Suns. He got picked in the second round and was the 46th pick overall. He began playing for Hapoel Holon in Israel in 1990 and stayed in the contract till 1991. Rich then signed with Oklahoma City Cavalry (CBA) in 1991. But in his 1991-1992 season, he was suspended from the NBA for violating its substance abuse policy. In 1992 he played for USBL’s Treasure Coast Tropics. Then in 1992 he signed with the Phoenix Suns . He went to the rehab in between and then returned back to Phoenix in 1995 where he averaged 5.5 points in 15 games. After leaving the Phoenix he signed with Philadelphia 76ers in 1995 and played there till 1996 after which he went overseas to play for Montpellier in France. He played there till 1998 and then signed to Znicz Pruszkow in Poland till 1999. In the same year he played for USBL’s New Hampshire Thunder Loons. In 1999 he went on to sign with Bosnia and Herzegovina’s HKK Siroki till 2000. In 2000 he played for United Kingdom’s Derby Storm and then in the same year he transferred to IBA’s Fargo-Moorhead Beez. He then returned to USBL’s Oklahoma Storm in 2001. Then Rich went on to sign a year’s contract with CBL’s Wilmington Wave Rockers. In 2002, Rich signed up for MBA’s Frontier City River Dogz. And then finally in 2003, Rich played in the USBL for Westchester Wildfire. It marked the end of his NBA career. Throughout his NBA career, Rich achieved 1080 points averaging to 10.6 points per game, 351 Rebounds averaging up to 3.4 rebounds per game and 111 a s sists averaging up to 1.3 a s sists per game.

Not much about Rich’s personal life is known to the media. Rich is very reluctant on speaking about his family and private life. The media does not know about his marital status, affair, children or divorce. However, Rich’s behavior in the public has dragged a lot of media attention. On 19th December 2013, Rich was arrested by the Fedral Agents on eight charges of felony of alleged Organized Retail Theft. Rich was taken into the Federal Custody at his Dumas Youth Sports Club located in Litchfield Park, Arizona. His trial took place on 15th September 2014 where he pleaded guilty to theft . Dumas was sentenced to three years of probation in a case stemming from thefts from a store on a military base on 20th January 2015. According to sources, Dumas was seen on the surveillance cameras taking domestic utilities like food, shoes, DVD’s and cigarettes. It was reported that he stole $800 worth of merchandise from a Luke Air Force Base Store.

Rich is currently 45 years old, stands tall at the height of 6 feet 7 inches and weighs 91 kgs. Rich during his career has been named NBA All-Rookie Second Team in 1993.