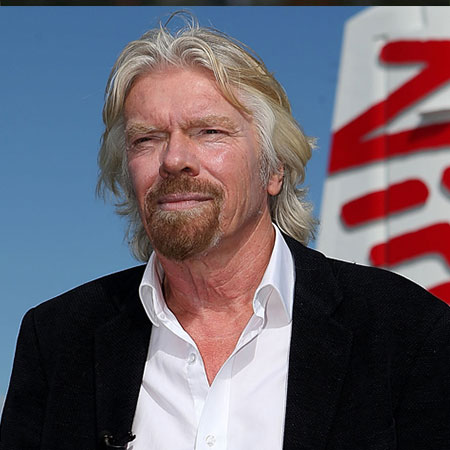 Richard Branson is one of the best-known businessmen across the world known for his outlandish behavior and tremendous success he had with its ma s sive enterprise Virgin. The Virgin group, starting with Virgin records that was self-funded from funds that Branson has obtained while managing a record store, grew at a staggering pace.

Branson suffered from dyslexia in his childhood and had poor academic performance. Sources reported his school headmaster "Robert Drayson" told him on his last day at school that he would either end up in prison or become a millionaire.

Virgin records managed to sign up some of the most popular artists of the 70s including the Sex Pistols and the Rolling Stones, and by the end of 70’s - the went international. In 1984, Virgin Atlantic was founded, and a year later Virgin Holidays was founded. In the early 1990s, Virgin Records was sold for a sum of 500m GBP, and at the end of the decade, Virgin Mobile was founded.

In the next 2 decades, Virgin Media was founded as well as Virgin Galactic for space tourism, pushing Richard Branson to become one of the richest people on the planet.

Branson was known to be a source of controversy. In 1971, he was convicted for tax evasion, and since then he moved to the British Virgin Islands. He was also collaborating with SeaWorld, known to mistreat its animal performers. Additionally, he made several famous bets. Branson seems to enjoy the attention and is known to deliberately invest his funds into groundbreaking disruptors such as money transfer giant and the most famous startup in the UK (Transferwise).

Richard Branson also made several TV appearances such as Shark Tank and was the subject of doc u mentaries. The most famous TV show in which he had the main role, that has also gained relative success in its niche, is The Rebel Billionaire: Branson's Quest for the Best - this was a take on the Trump’s Apprentice TV show.

Richard Branson, a high school dropout founded his first business at around 15 and later started Virgin Records at 22. As of now, he is one of the most successful businessmen and is one of the greatest self-made billionaires. As of 2019, Branson's net worth is estimated to be around $5.1 billion.

He also had a daughter, Clare Sarah with her, but she died when she was four days old in 1979. After over a decade since they started their relationship, Branson got married to her in 1989 on Necker Island.