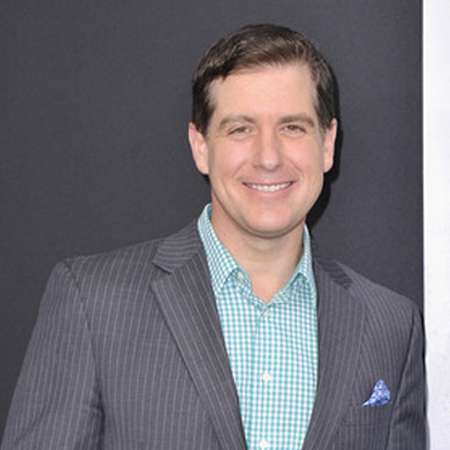 Reynolds Wolf is an American Meteorologist who is currently working on The Weather Channel as a weather news forecast and also working in AMHQ Weekend. Previously he worked for CNN.

Over the course of his career, he has worked for many Television stations like WKMG in Orlando, Florida, KMOV in St. Louis, Missouri, KXAN-TV in Austin, Texas, Michigan, WJSU in Anniston, Alabama, WDIV-TV in Detroit and KSBY in San Luis Obispo, California. In 2006, he associated with CNN and was released in May 2012.

On August 26, 2012, he made his debut on The Weather Channel covering the Live Hurricane at the site. He is an adventurous person who loves to take dares and challenges in his life which we can see in his work.

His dedication towards his work has led him to travel all around the world and meet new people which he enjoys a lot. He has a membership in the National weather Association, American Meteorological Society, and Alpha Tau Omega Fraternity.

He is one of the respected meteorologists in America who has been a part of much breathtaking coverage like hurricanes, tornadoes, windstorms, floods, and earthquakes from across the globe. He has also covered the oil disaster in 2010, in the Gulf of Mexico.

Belonging to a patriotic family, his loyalty toward his work is commendable. He was the first at CNN to fly over US Coast Guard at the site of the Deepwater Horizon. He has got the American Meteorological Society Seal of Approval. On April 1, 2011, he was a guest lecturer at International Expeditions where he lectured about the impact of the Amazon Rainforest on the climate and weather.

Reynolds Wolf's Net Worth and Salary

Reynolds Wolf has a net worth of around $1 million. The average salary of a weather forecaster is over $90,000 per annum, so she also might be receiving his salary in the same range.

Reynolds Wolf's Personal Life: Does He Have A Wife?

Reynolds Scott Wolf has a very private life. There has not been any rumor about his past affairs which means he is a one-woman man. His married life is not much open in public. He is married to Erin Cogswell-Wolf.  In public, Reynolds and his wife along with his children appear very rare. From his marriage, he has four children; three daughters and one son. It seems like he is a happily married guy.

He is a very big fan of Auburn University! War Eagle! His favorite color is Orange and Blue. He has two female cats named Cami and Besty, two smaller goldfish, Sushi and Bait, and one large goldfish, Big Momma. If Reynolds is not with his family or not into his work, he is seen fishing in the Snake River in the Teton wilderness of Wyoming. What he loves about his work is that every day is not the same and there's always something different to learn each day.