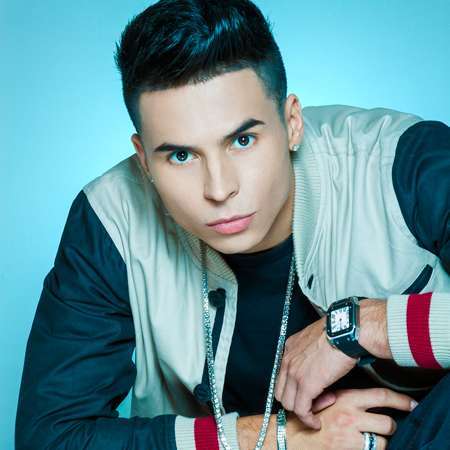 Internationally renowned singer and musician Reykon is a Colombian personality who is known for being the proponent of the Colombian reggaeton music genre. He is often associated with Daddy Yankee and other prominent singers due the songs he has played along with them. His actual name is Andrés Felipe Robledo Londoño, and Reykon is his chosen stage name. He was born on the 12th of December 1986 and his family details however are not known.

Reykon was born in Envigado which is the urban center of Antioquia. He was interested in music since a very small age and decided to pursue music when he was in high school. He co-founded a group named RTM in high school on 2002 but after the subsequent failure of the group decided to go solo. On the year 2007, he released his first single named Como Me Cuesta. It didn’t chart but earned him recognition. He later released another single named La Santa which charted and was famous not only in his country but his fame spread out to Puerto Rico and other countries of South America.

He released a track named Se Alfoca the next year which featured J. Balvin. The song won a nomination for the Urban Song of the Year in the Shock Records. He too got nominated for the title of Best New Artist. He released several other singles next which made him widely popular all through South as well as Central America and Mexico. The hit song Senorita was recorded along with Daddy Yankee which made his exposed to listeners of wider range in the international arena. He has since recorded songs with the likes of Karol G, Lil Silvio & El Vega, Sonny & Vaech, Kannon, Juancho Style, Mor­tal Kom­bat etc. he toured Australia on 2013 and became the first Colombian reaggaeton artist to do so. He released another single entitled Secretos on 2014 which also topped the charts on Latin America. The video of this song became the number one on HTV and it has become a club anthem. For all his contributions in the field of reggaeton music, he has been known to the biggest proponent of the music of this genre on Colombia.

Reykon’s personal life however is a mystery waiting to be disclosed as his fame gets more and more into the limelight. There is no information about the kind of family he is from and his childhood history. He has never been married and nothing has been known about his affair with anybody. It can be said that he currently has no spouse. He must have a girlfriend for sure but nothing is known about it yet as he seems to disclose his life properly. He has never been assumed to be bi-sexual or a gay and it sure seems so. We sure hope that as Reykon gets more popular and gets listened to more by the audience, more information will be available about him in the upcoming days for his fans.

Reykon’s height is not known, neither is his net worth and salary. It however is known that his bio and career information is searched widely by his fans around the world.