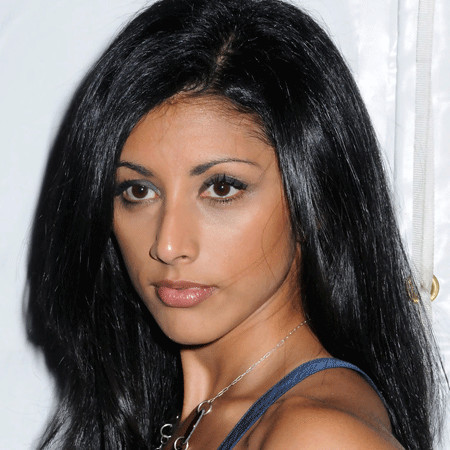 Shetty was born on 2nd November 1977 in Manchester, United Kingdom. She took birth from her Hindu Indian parents. She is mainly popular as the role of Divya Katdare in USA Network series Royal Pains. She was raised in Richmond, Virginia in the United States and her birthplace Manchester. She has both British and American citizenship. This Royal Pains beauty is Mangalore, Indian by ethnicity.

She originally was at James Madison University to study pre-med, but after success in vocal competitions and she switched her majors and graduate with a B.A. In opera performance Shetty received her Master of Music in performance from the University of Kentucky. From Cincinnati Conservatory of Music, she earned her artist diploma in opera in 2005.

She played one of the important roles in Bombay Dreams which was First National tour of A.R. Rahman's and Andrew Lloyd Webber. In 2009 she got breakthrough from "Royal Pains" which was one of the first small screen female South Asian series in the USA.

She is also one of the featured faces of "Meaningful Beauty" and also a member of “Character Unite" which USA Network's program.

Reshma is a superstar television show actress and singer. Her current residence is located in New York City, USA. She shoots part of Royal Pains from her residence city.

Shetty was in true romantic relation with Deep Katdare who also starred with her in the Bombay Dreams, Broadway production. Later on March 19, 2011, she got married to Katdare in New York City, it was the same place where they had this married turned love story. Their marriage was performed according to the Hindu customs as they are both Indian origins. The nuptials were performed in Sanskrit traditions though they were also recited in English. Their wedding dresses were typically reflecting their Indian culture and traditions.

In May 2015 after their four years of marriage at the age of thirty-seven Shetty was expecting little girls as her first child. Though there is no official news about the birth Reshma was very happy and delighted about the news which she shared publicly in media. And there is no any information about her children after birth. As she seems to share a healthy married relation with Deep, there is not any information about her divorce.

She is currently evolved in the endorsement of very popular product Dove moisturizer bar in India.

This beauty's major Source of income is acting, from where she has maintained the net worth of 5 million US dollars.