Reneé Tenison is an American model and actress who is very popular fr being the first African-American selected to be the Playboy Playmate of the Year (1990). As an actress, she is known for her work in the movies and series such as Dead at 21, Family Matters, and The Parkers.

Renee Tenison was born on  December 2, 1968, in   Caldwell, Idaho under the birth sign Sagittarius. She was raised alongside an identical twin sister, Rosie Tenison(who is also a model), and also has three older brothers. She of American nationality and belongs to Afro-American ethnicity.

The 52 years old, Renee Tenison is yet to be married and also doesn't seems to be involved in any kind of dating relationship. She is one of those who has preferred to keep her relationship status very secretive. To this date, she has not disclosed a single word on her personal life, and also one of the media has found single information created to her love life. 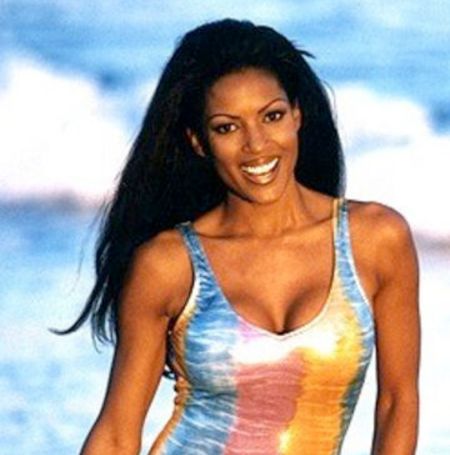 Career As a Model Lead To Million Worth

Renee Tenison has a net worth of around $1 million as of 2020 from her career as a model and actor since the late 90s.

Tenison started her career as a model in mid 80 and her career got huge limelight after she appeared as the Playmate of the Month in the November 1989 issue of Playboy magazine.  The following year she was named Playmate of the Year. Also, she was announced as one of the ten sexiest women of the year by Black Men magazine.

As an actress, she made her debut in 1991 after appearing in the TV series named In Living Color. After this, she has worked in several movie and series have more than two dozens of acting career in her name.