Rebecca Naomi Jones is an American actress most known for The Big Sick (2017), High Maintenance (2016), and Sex & Drugs and Rock & Rolls (2015). She is also a singer who became well known after giving her outstanding performances in the Broadway rock musicals Pa s sing Strange, American Idiot.

The popular Oklahoma Star Jones was born in April 1981 in New York City, United States, to an African-American musician father Eddie Jones, and Jewish photographer mother Susan Jones. She is 40 years old as of 2021. 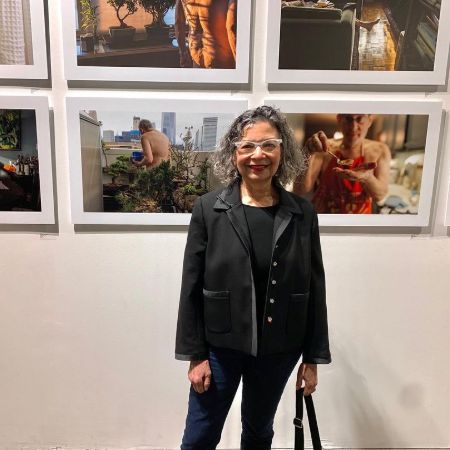 As a youth, Jones used to perform in the children's chorus of the Metropolitan Opera which gave her the inspiration and confidence to start her pa s sion of acting and singing as a full-time career.

Talking about her education, in 1999, she got graduated from the Berkeley Carroll School. She has a BFA in Drama from the North Carolina School of the Arts.

Career Highlights: The First Woman Of Color To Play Laurey In Oklahoma! On Broadway

Oklahoma's pride Rebecca Naomi Jones started her career and made her first debut in the musical Pa s sing Strange in 2007. Later on, it was adapted to Broadway on February 28, 2008.

She also got the chance to play the role of Whatsername in the Green Day rock opera American Idiot, which opened on Broadway on April 20, 2010. During the summertime of 2013, Jones appeared in a new musical adaptation of Love’s Labour’s Lost.

She is also well known for her role in movies like Sex & Drugs and Rock & Rolls (2015), High Maintenance (2016), and The Big Sick (2017). Not only an actress, but she is also a good singer, best known for her performances done in the Broadway rock musicals Pa s sing Strange, American Idiot. In 2017, she played a role as Vanessa in Significant Other on Broadway.

In 2018, American actress-singer Jones played Laurey Williams in Oklahoma! at St Ann’s Warehouse. In history, Jones is the first woman of color to play Laurey in Oklahoma. 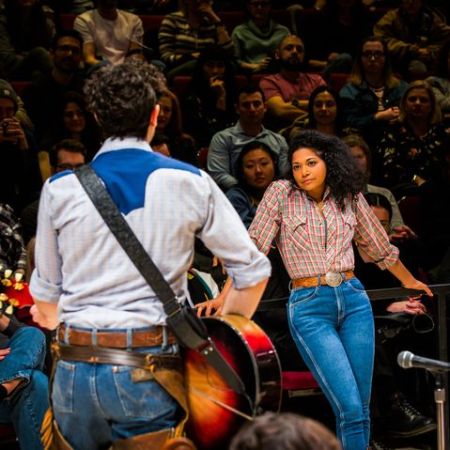 On June 2, 2014, American prominent actress and singer Jones received a Lilly Award. She got nominated two times for the Outstanding Actress in a Musical for Drama Desk Awards in 2019 and Best Musical Theater Album for Grammy Award in 2019.

Is Rebecca Naomi Jones In A Relationship?

According to our Database, the 40 years old Jones is currently single as of  2021. She is possibly not dating anyone at the moment as she hasn't revealed anything related to her relationship and boyfriend.

The broadway star's net worth has been growing significantly in 2019-2021. She has a whopping net worth of $1 to $5 million as of 2021. Her basic source of income is mostly from being a successful actress.

Besides acting and singing, she has been also earning from sponsorships and ads.