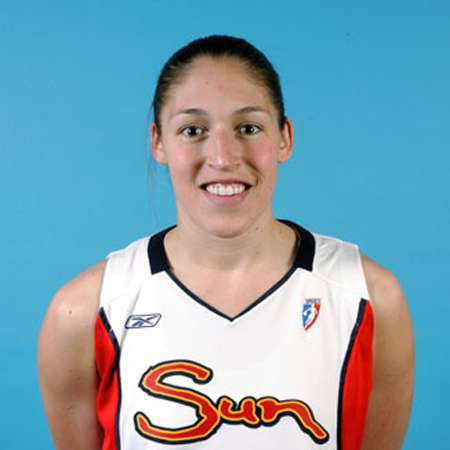 Rebecca Lobo was born on October 6, 1973, and her current age is 42 years. Lobo’s birth place is Hartford, Connecticut, United States. Lobo was born as the daughter of RuthAnn Lobo and Dennis Lobo. And her parents were a teacher by their occupation. Rebecca was raised in a Catholic family in Hartford. She belongs to Spanish, Irish, German, Cuban and Polish descent. Rebecca’s nationality is American. And Lobo’s ethnicity is White. Rebecca has a brother named Jason who played basketball at Dartmouth College and she has a sister named Rachel who is also a basketball played at Salem State College.

Rebecca Lobo attended Southwick-Tolland Regional High School in Massachusetts and during her high school career she scored 2,740 points which were the state scoring record-holder.

Later she joined the University of Connecticut. And during her high school career, she was awarded the 1995 Naismith and College Player of the Year award. And she also won prestigious Honda-Broderick Cup. By Women's Sports Foundation named the 1995 Sportswoman of the Year.

In 1992, she was included in USA U18 team, the team won their first four games. Later in 1993, she was also included in U19 World Championship and during the tournament, Lobo had a fantastic average of 7.7 points per game and recorded six blocks.

As a professional player, she joined  New York Liberty  as the league's first player allocations on 1997 which was a New York City, New York-based team. Lobo also played for the teams Houston Comets and  Connecticut Sun. In 2003, she retired from her professional career.

Rebecca is currently seen in women's college basketball and WNBA games in the role of a reporter and color analyst for ESPN. Lobo has won several awards during her career, including Honda Sports Award, Women's Basketball Hall of Fame, AP Female Athlete of the Year and much more.

Her current relational status is married to Steve Rushin. Lobo's sexual orientation is straight. Lobo had an affair with Sports Illustrated writer Steve Rushin and they married on April 12, 2003, the marriage took place in the Basketball Hall of Fame in Springfield, Massachusetts. After he marriage she changed her last name from Lobo to Lobo-Rushin. Lobo has three children with her current husband, two daughters and a son. Her children names are daughters Siobhan Rose Rushin and Maeve Elizabeth Rushin and son Thomas Joseph Rushin. Lobo currently lives in Southwick, Massachusetts with her husband and children.

Lobo was also romantically linked with American TV anchor Keith Olbermann, whom she hook up during 1995. But other details about their relation is not updated.

Rebecca Lobo has maintained a net worth of about 1.5 million dollars but her salary is unknown. Lobo has a height of 6 feet and 4 inches and her weight is around 64 kg. Lobo is active in several social networks like Facebook and Twitter. And Rebecca is also famous for her quotations and her fans searches her biography in several sites including a wiki.