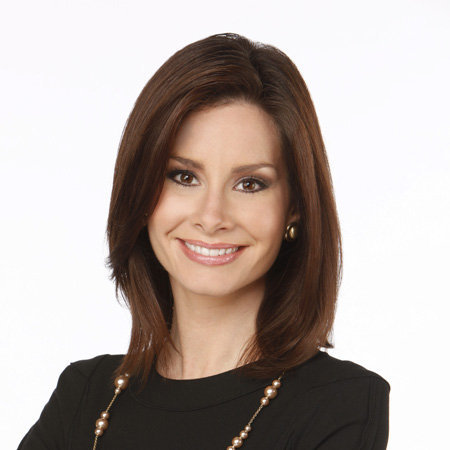 Rebecca Jarvis, an American financial journalist, was born on 14 December 1981 in Minneapolis, Minnesota. She is currently the Chief Business and Economics Correspondent at ABC News in New York. She was also a finalist on Season 4 of The Apprentice.

Jarvis was born to Gail Jarvis, Chicago Tribune’s nationally syndicated financial columnist, and James T. Jarvis, a lawyer and business consultant in Chicago. She attended St. Paul Academy and Summit School, graduating in 1999. During high school, Jarvis was a member of the "National Youth Leadership Council" on their Youth Project Team. She got one of the few interviews granted by then-Secretary of State Colin Powell.

Jarvis then got enrolled at the University of Chicago, studied economics and Law, Letters, and Society, and graduated in 2003. She also studied international economics and business in Paris at Sciences Po and Paris Dauphine University.

Jarvis started her career as a short-term interest rate trader on Citigroup's foreign exchange desk in London. She then worked as an investment banking analyst at Bank of America Securities in Chicago. After working in investment banking and foreign currency trading, she left financial services to pursue a career in journalism instead. Her first job in journalism was as a writer for Crain’s Chicago Business.

On March 7, 2006, CNBC, a business news channel, announced Jarvis as their new a s sociate reporter. She was a s signed as the general a s signment reporter and was based at CNBC’s world headquarters. She mostly covered NASDAQ, the second largest American stock exchange, and NYMEX, a community futures exchange. In 2009, Jarvis left CNBC, making her last appearance on the network on September 18, 2009.

In 2010, Jarvis it was announced that Jarvis had joined CBS news, primarily as a financial reporter. She started on 1st of April and later became the co-anchor of CBS This Morning Saturday, as well as Business and Economics Correspondent for CBS News. On March 30, 2013, she announced that she was leaving CBS News on a broadcast of CBS This Morning Saturday.

On April 2013, Jarvis joined ABC news and has been working there ever since. During the announcement of their new member, ABC News president Ben Sherwood said: "Deeply knowledgeable about financial news, Rebecca is a versatile and aggressive reporter who will contribute immensely to every program and platform." She is currently working as the Chief Business and Economics Correspondent at ABC News in New York. She has been earning a lucrative amount of salary and her net worth is also very high.

On January 28, 2012, Jarvis married her fellow University of Chicago and Banc of America Securities colleague Matthew Hanson at the McNamara Alumni Center in Minnesota. Hanson had proposed to her on LaSalle Street in Chicago in December 2010. Her husband is a partner in the New York office of GSV Asset Management of Woodside, Calif., responsible for investing in high-growth technology companies.

In February 2000, Jarvis was voted one of Teen People's "20 Teens Who Will Change the World". She has raised over $750,000 for her own non-profit children's charity, which she set up at 15. She has also been awarded a "Point of Light" for her advocacy of disenfranchised children and teens.