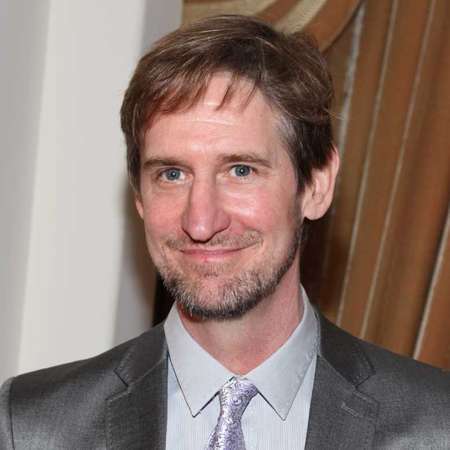 Ray McKinnon is an American actor, film director, producer and screenwriter best known for his role of Linc Potter on Sons of Anarchy and of and Reverend H.W. Smith on Deadwood. He has also notably wrote, directed, produced and acted in the feature film Chrystal (2004).

He had been married to his wife Lisa Blount from 1998 until her death.

Ray McKinnon was on born November 15, 1957, in Adel, Georgia, where he spent most of his childhood. McKinnon was really interested in the movie since he was a child. He loved watching movies.

Thus he decided to pursue an acting career. Ray attended Valdosta State University and graduated with a degree in Theatre.

Career in the Entertainment Industry

He received his first role in a movie as character Jethro Puller in The Heat of the Night in 1989. Later he went on to star in movies like, Bugsy, Designing Women, Sommersby, Needful things, The Stand, Matlock, Rosewell, and Walker Texas Ranger.

In 1995, Ray went on to receive a role as a FIDO in 1995 movie Apollo 13. He further grabbed roles in movies like Dead Mans Walk, The Practice, The X Files, Philly, The Missing, Randy and the mob, The Last Lullaby, The evening sun as character Lonzo Choat for which he got nominated an Independent Spirit Award for Best Supporting Male.

In 2011, Ray appeared in the TV series, Sons of Anarchy as character Lincoln Potter. He is known mostly for his work as a screenwriter, actor and director for 2001, The Accountant which won the Academy Award in the category Live Action Short Film.

The film was produced by Ginny Mule Pictures, a company that was founded by him, his wife and Walton Goggins. He has also been a screenwriter, producer and director in movies and series like, Chrystal, Rectify.

Ray is also known for his character Reverend Smith in the HBO series, Deadwood. Ray is noted for creating the television series Rectify which is the first original series from Sundance Channel. Ray is noted for his acting skills, as a director, screenwriter and producer.

Ray met his late wife, Lisa Suzanne Blount in 1998. Lisa was a prominent actress and producer who won an Oscar Award for Best Live Action Short Film along with Ray.

Lisa had previously been divorced and after her divorce, she had tied the knot with Ray in 1998.

Lisa and Ray married in 1998 and lived happily together till Lisa got diagnosed with ITP (Idiopathic thrombocytopenic purpura) and died on October 25, 2010

Ray has not married since his wife’s death. He does not have a girlfriend at present and is not seen with any lady in public. He does speak about his wife's death in front of the media but has never shown interest to get married again.

The couple didn't welcome any children when they were married. McKinnon currently lives in his late wife’s hometown, Little Rock, Arkansas.

As for his age, Ray McKinnon is currently 62 years old and stands at a height of 6 feet 2 inches, as of 2020. He earns a decent amount of money from throughout his acting career.\

According to some online sources, as of 2020, McKinnon has an estimated net worth of $ 5 million which defines his huge salary.

He is adored by his audience for his excellent direction, acting and screenplay.