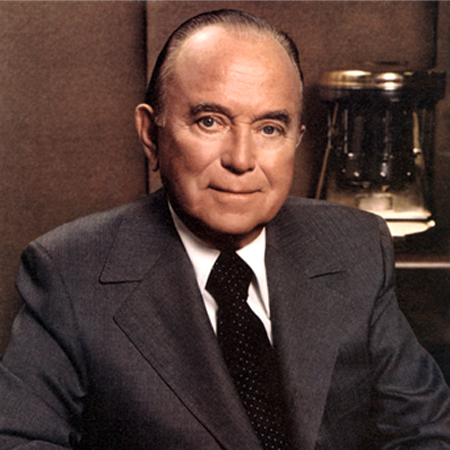 Ray Kroc was an American businessman, best known for expanding McDonald's from a local chain to the world's most profitable restaurant franchise operation.

Kroc died of heart failure on 14th January 1984 at the age of eight one and was buried at El Camino Memorial Park in Sorrento Valley, San Diego.

Ray Kroc was born as Raymond Albert Kroc in Oak Park, Illinois, the U.S. on  5th October 1902. He belonged to white-American ethnicity & held an American nationality. 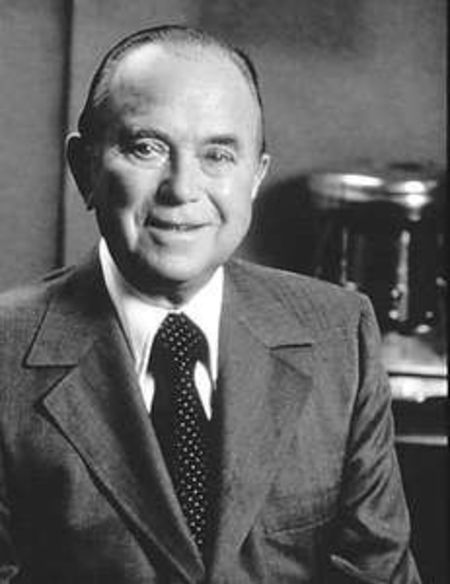 Kroc is the eldest child of his parents, Rose Mary and Alois "Louis" Kroc who were of Czech origin. He had two younger siblings; Robert & Lorraine.

Kroc studied at the Lincoln School in Oak Park. During the time, he excelled in debates, showing a knack for being able to convince people easily. He also went to Grammar school. At that time, he began earning extra cash by doing odd jobs at the grocery or drugstores.

In 1916, at the age of fourteen, Ray Kroc, along with two of his friends, opened a music store, Ray Kroc Music Emporium where his friends sold sheet music while he played the piano. However, it was closed down after a few months.

Kroc then worked for a few months at his uncle's soda fountain, where he further honed his salesmanship.

In 1919, at the age of seventeen, Kroc started his career in sales, supplementing his income as a pianist at the nightclub or as a DJ at the local radio station. Subsequently, Kroc held a series of jobs, selling everything from a real estate in Fort Lauderdale to feminine accessories & embellishments.

Kroc gained exclusive marketing rights of a mixture company and at the age of thirty-one, gave up his secure job to form Prince Castle Sales. Initially, the response was good, selling 8000 mixers in a year.

In the year 1954, as the situation was rather grim, Kroc noticed that one restaurant in the San Bernardino continued to order his mixers in the bulk quantity.

Curious, Kroc visited & found it to be a drive-in restaurant with no indoor-sitting arrangements, run by two brothers, Richard & Maurice McDonald.

In 1965, Kroc became President of McDonald's & started a training program for franchises owners, emphasizing on standardization of operations and automation.

Kroc made strict rules about the size of each product, cooking procedure, packaging, and more. So that McDonald Hamburger's taste the same all over the country.

Kroc served as the President of McDonald's until 1968. After that, he became the Chairman of Board, holding the position until 1977. Finally, from 1977 until his death on January 1984, Kroc remained the Senior Chairman of the company.

Kroc died of heart failure in a hospital in San Diego, California on 14th January 1984 at the age of eighty-one. Upon his passing, his wife Joan Kroc inherited his fortune, was estimated at $600 million. By the time of Kroc's death, McDonald's had 7,500 locations in 31 countries & was worth $8 billion.

Ray Kroc married thrice in his life. He first married to high school sweetheart, Ethel Fleming in 1922 and had a daughter, Marilyn Kroc. The couple divorced in 1961.

Kroc got married for the second time with Jane Dobbins Green, a secretary in 1963 and the marriage ended in divorce in 1968.

Kroc had diabetes and arthritis. He was also an alcoholic. In 1980, after suffering a stroke, Kroc was admitted to a rehabilitation center for his alcoholism.