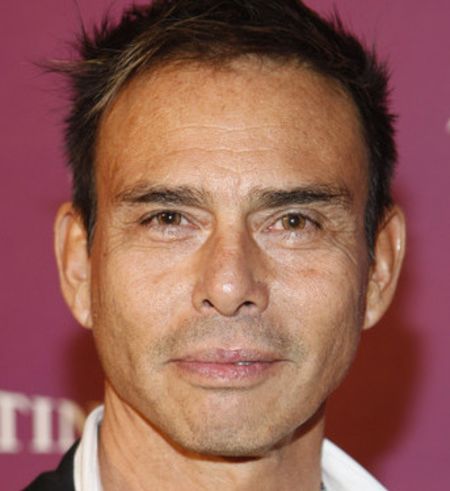 Raoul Trujillo is an American actor,  dancer and choreographer who choreographed and co-directed for the American Indian Dance Theatre. He is widely known for playing the role of Zero Wolf in Mel Gibson's thriller drama film, Apocalypto.

Trujillo, who was previously married to Jessica Hunsden Carey, is currently single. The former couple is had welcomed a child while they were in a relationship.

Raoul Trujillo was born as Raoul Maximiano Trujillo de Chauvelon on May 8, 1955, in Santa Fe, New Mexico, the United States of America, under the birth sign Taurus, in a middle-cla s s family.

He was raised along with his six siblings; three sisters and three brothers. Names of his sisters are Maria, Yolanda and Jessica.

He is of American nationality and of Tlaxcaltec, Apache, Pueblo, Ute, Comanche, Métis, Moorish, Sephardi Jewish descent. He belongs to Caucasian ethnicity.

While studying in high school, Trujillo served in the United States Army in Germany for three years. He later attended the University of Southern California from where he completed his graduation.

Raoul Trujillo, who was a soloist with the Nikolais Dance Theatre, made his acting debut with the role of Rojo in an episode "Dead in the Air" of the CTV television drama series, Counterstrike, in 1990.

In the same year, he appeared in each episode "Tough Guys Don't Whine," "Double Agenda" and "A Long Way from Hopeful" of The Hitchhiker, Street Legal and E.N.G. respectively.

In the following year, Trujillo made his film debut with the role of Peter Drak in the 1991 indie horror film, Scanners II: The New Order, starring Deborah Raffin and David Hewlett. In the same year, he appeared in four more movies The Adjuster, Black Robe, Clearcut and White Light.

He has since appeared in dozens of films such as Riddick, Sicario, The New World, Persecuted, Cowboys and Aliens, Cold Pursuit, Blood Father, Black Robe, 22 Chaser, Highlander 3, Blaze You Out, Saints and Strangers, Black Fox: The Price of Peace, Sicario: Day of the Soldado and Scanners II: The New Order.

His portrayal as Zero Wolf in the thriller drama film, Apocalypto, is one of his most notable performances.

As for his television appearances, Trujillo has appeared in Mayans M.C., Heartland, The Blacklist, Jamestown, True Blood, Frontier, Neverland, The Wrong Mans and Salem.

Net worth is Estimated to be of $3 Million

Being a renowned and successful American actor, Raoul Trujillo has earned a good amount of money throughout his film and television career.

The exact net worth of the Apocalypto star has not been disclosed. However, some sources have estimated the actor's total fortune to be $3 million.

As for his relationship status, Raoul Trujillo seems to be single at present. However, the former U.S. army was previously married to Jessica Hunsden Carey.

The former couple tied the knot in a private ceremony in 2006 but just 5 years after the marriage, the two ended their relationship with a divorce in 2011.

The former husband-wife duo welcomed an adorable child while they were in a marital relationship.