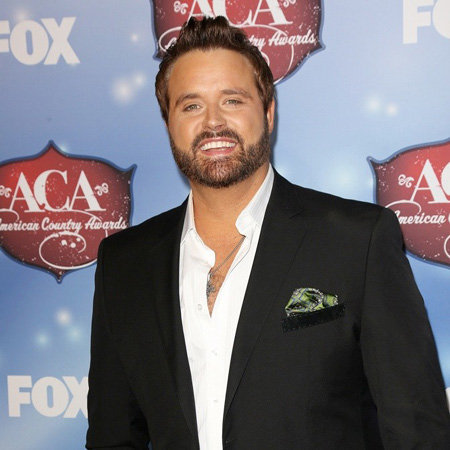 Shawn Randolph Houser is an American music singer and songwriter. He was signed to Universal South Records in 2008 and released his first single Anything Goes that ranked to 20 on the Billboard country singles chart.

Shawn Randolph ‘Randy’ Houser was born on 18th December 1975 in Lake, Mississippi, the USA  where he spent a little of his childhood. His father was a professional musician.

Randy attended the East Central Community College in Decatur, Mississippi and while there he formed a band called 10 lb Biscuit. He had previously fronted his own band at the age of 10. He wanted to focus on his music career so, in order to become a songwriter, Randy moved to Nashville, Tennessee. One of his songwriting hits was ‘Honky Tonk Badonkadonk’ which reached Top 5 Singles.

He then signed to MCA Nashville but did not release anything so he broke the contract and signed to Universal South Records in 2008. In May of that year, he released his first single named Anything Goes which later entered the Top 40 of the Billboard country chart.

His first Album of the same name was released in November. The second single from the album was named Boots on and was released in February 2009 that became his first Top Ten hit in July. Later he released his second album named They Call Me Cadillac in October of 2009.

In the same year, he left Snow Dog-Universal and signed with Broken Bow Records’ Stoney Creek division.  Houser then released his first single on Stoney Creek named ‘How Country Feels’ on 7th May 2012 which became his first number one on the Country Airplay chart.

He released his albums second single named Runnin Outta Moonlight on 4th March which was certified as Platinum in the US and the same in the CAN. It was number one on the Country Airplay chart in August 2013.

Randy Houser's Net Worth And Salary

Randy Houser’s net worth is estimated to be $4 million at present, which shows that he has a high salary.

Randy married Jessa Lee Yantz on September 2, 2011, with just a few family members and friends. They gave birth to a son named West Yantz Houser on 6th March 2012. But later after just 2 and a half years, the couple got divorced.

There were rumors of infidelity on Jessa’s side which was never really confirmed. The couple was about to take a vacation together to the Bahamas but after filing for a divorce, Houser published a restraining order blocking her from accompanying him to the Bahamas which showed his strong resentment towards Jessa.

Houser has a hefty body structure but is still very masculine. He stands at the height of 2 feet 5 inches.