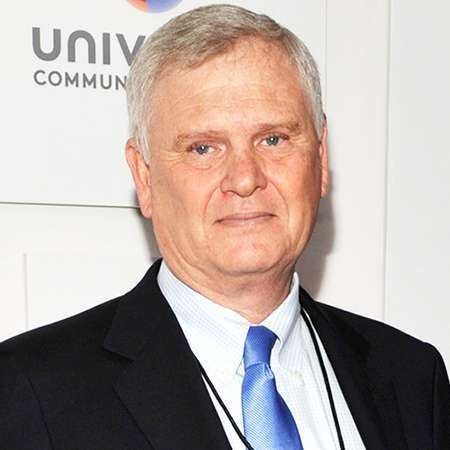 Randy Falco is an American media executive as well as president and CEO of Univision Communications Inc, known for being the former Chairman of the Board & CEO of AOL for three years. He also served as the President of the NBC News Network from 2004-2006.

In January 2017, Falco named the recipient of NATPE’s 14th Annual Brandon Tartikoff Legacy Awards for the demonstrating a high degree of excellence, vision, and leadership through the process of creating compelling content.

Randy Falco was born as Randel A. Falco on December 26, 1953, in The Bronx, New York, U.S. He belongs to white ethnicity and holds an American nationality.

Falco earned an honorary doctorate from Iona College in 2001.

Randy Falco started his professional career at NBC since September 1975 where he took several managerial positions in finance, technical operations and so on.

Falco served as Vice President of Finance & Administration of NBC Sports since 1986 to 1991. He was also of NBC's Broadcast and Network Operations division in 1993.

Falco conceived and negotiated two blockbuster deals that surprised the competition, secured exclusive coverage for five consecutive Summer and the Winter Olympic Games: 2000, 2002, 2004, 2006, 2008 and became a major profit contributor to the Company.

Randy Falco is a married man. He married to Susan with whom he has three children.

Falco sits on the board of Ronald McDonald House and also the member of the Advisory Board of the Smithsonian’s National Museum of American History.

Randy Falco receives $175K- 200K salary annually from Univision Inc. The talented media personnel is one of the highest paid employees in the American journalism industry. He has a huge amount of net worth but has not revealed exact figure yet.