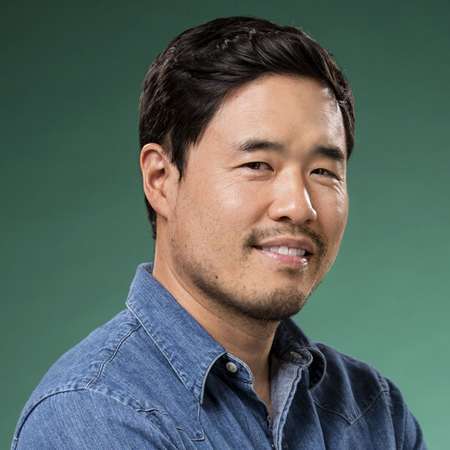 Randall Park was born in Los Angeles, California, United States of America. His date of birth is March 23, 1974. He was raised in West Los Angeles along with his parents who were Korean immigrants. His mother was an accountant and his father used to work at photo store. His ethnicity is Asian American. And Park’s nationality is American. His zodiac sign is Aries. Park’s sibling information is missing.

From 2011, he started acting in an American action-comedy superhero series Supah Ninjas and till year 2013 he was featured in 27 episodes of the series. He has also made his successful acting presence in other television series including The Office (2012), Newsreaders (2014), Fresh Off the Boat (2015) and Repeat After Me (2015).

Park has also maintained his successful acting career in movies, where he made his debut from American sex comedy film The People I've Slept With in 2009. In 2011, he acted in movie Larry Crowne. He made his presence in numerous movies in 2014 including Neighbors, Sex Tape, They Came Together and The Interview. Park has also been featured in many commercially successful movies of 2015 like Southpaw, Trainwreck, The Hollars and Everything Before Us. Park is currently busy in the filming of movie named The Meddler which is to be released in 2016.

Randall Park despite being a popular comedic actor he has kept his personal life and his dating history under his wraps. Park’s sexual orientation is straight and his current relational status is married.

Randall Park may have been in relationship with many girls in the past but he has not revealed any of his previous dating. Park had an affair with Jae Suh Park and after few year of dating he got married to his girlfriend in 2008. Talking about his children he has a daughter with his spouse. He currently lives with his wife and daughter in the San Fernando Valley.

Park is very talent guy and his hobbies include travelling and sports. He is also seen in many sports events and tournaments attending along with his family.

Park’s exact salary is unknown but it is estimated to be around few thousand and he has net worth of about 2 million dollars. His bio and career information is updated in Wiki.