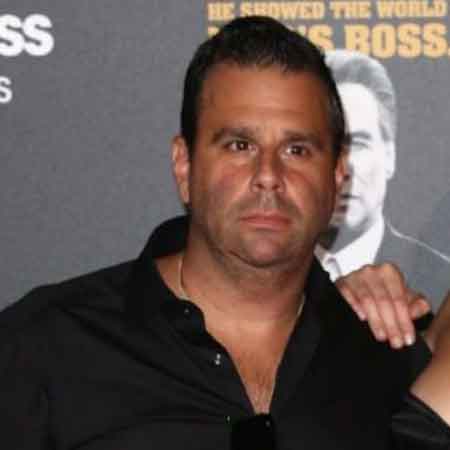 American film producer, Randall Emmett is also a co-founder of production company Emmett/Furla/Oasis Films. He was also an executive producer on the TV series SAF3 and Power. As a producer, he has been nominated for several awards including ??r?u?t ??mmun?t? ?w?rd?,  ?l??k R??l ?w?rd?, and many others.

Randall Emmett was born on 25th March 1971 in Miami, Florida, under the birth sign Aries. As described by his zodiac sign, he is enterprising, incisive, daring, active, courageous and energetic. There is pretty less information about his early life and childhood and his parents' identities are unknown yet.

Emmett completed his schooling in his hometown Miami and moved to New York for higher education. He earned a Bachelor of Fine Arts degree in 1995 from the School of Visual Arts in New York City.

Randall Emmett began his career in 1995 as the personal a s sistant of Mark Wahlberg, actor, producer, and a businessman. After a few years, he co-founded a company, Emmett/Furla Films along with George Furla.

The company took a great height in a short period and turned into a big project and merged to Dubai-based film financier Oasis Ventures Entertainment in 2013 to become Emmet Furla Oasis Films (EFO).

NAACP award @power_starz congrats to us all. @50cent

According to celebritynetworth.com, Randall Emmett's estimated net worth in 2018 is $16 million. As per some sources, his salary is $50000.

Moreover, as per Page Six, the LA County Recorder of Deeds stated that Emmett owes $279,503 in state taxes from 2013 and 2014, he also owes $75,996 to the IRS. Page Six also reports that when Emmett was reached for a comment, his representative said that he takes care of the liens and said that this was a “miscommunication” with his tax handler.

Randall Emmett got married to actress, Ambyr Childers in 2009. The couple is blessed with two children, London Emmett, and Rylee Emmett. After spending over five years as a husband-and-wife, Emmett and Childers split in 2015 and two years after their separation, they divorced in December 2017.

Emmett started dating Vanderpump Rules, Lara Kent years after his marriage ended. The couple was rumored to be dating for a while before they went public during the new year 2018. On 2nd September 2018, the lovebirds announced their engagement on their social media.

As per E Online, the producer popped the question to his girlfriend with a whopping $150,000 worth ring.