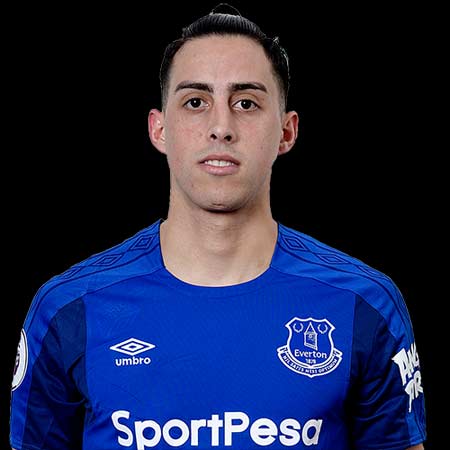 José Ramiro Funes Mori was born on March 5, 1991, in Mendoza, Argentina. He is Argentine by nationality and belongs to the Argentines ethnicity/race.

Funes Mori is the son of Silvina Margarita Mori and Miguel Funes Mori. His father was a footballer and has played in Argentina with clubs such as Independiente Rivadavia and Club Atlético Argentino in the 1980s. He emigrated from Argentina to the U.S. in 2001.

Funes Mori has a twin brother named Rogelio Funes Mori who is also a professional footballer, plays as a striker for Liga MX club Monterrey.

Funes Mori joined the FC Dallas youth team in 2008, after his brother won the Sueño MLS talent competition, but spent less than a year playing for the side before moving back to Argentina.

In 2011, Funes Mori joined club River Plate as a youth player, progressing to the senior team. After winning 6 professional titles (four of them international) including the 2015 Copa Libertadores, he was considered a legend of the club.

Funes Mori moved to Premier League club Everton on 1 September 2015, for a fee of £9.5 million. He made his debut with the club coming on as a substitute, in a 3–1 home victory against Chelsea.

Funes Mori scored his first goal for Everton in a 3-3 draw with Bournemouth in November 2015. He was out for the remainder of the 2016–17 season after suffering a torn meniscus while on international duty with Argentina in March 2017.

In the summer of 2017, Funes Mori had undergone a second operation on his knee injury in Barcelona and was looking at between six and nine months on the sidelines.

Funes Mori debuted in international games for Argentina in a friendly match against El Salvador in March 2015.

Funes Mori was part of the Argentine national squad that reached final at the Copa América Centenario. He also played in the final where Chile won 4-2 on penalties after the match finished in a goalless draw.

Funes Mori was a part of the Argentine national team at the 2018 World Cup qualification match held in Estadio Nacional, Lima, Peru.

Funes Mori's Net Worth and Salary

Funes Mori’s net worth can be more than millions, as he earns £40,000 per week from Everton. His current market value is €12 million.

Funes Mori currently plays as a defender for Everton FC and Argentine national squad. He primarily plays as a center-back but can also operate as a left-back. He joined Everton in 2015, for a transfer fee of £9.5 million.

Funes Mori is married and has two children. He is married to the sister of FC Dallas midfielder Mauro Díaz.

The couple is living a happily married life as seen on their social networking sites. Funes Mori has posted many pictures with his wife and children.