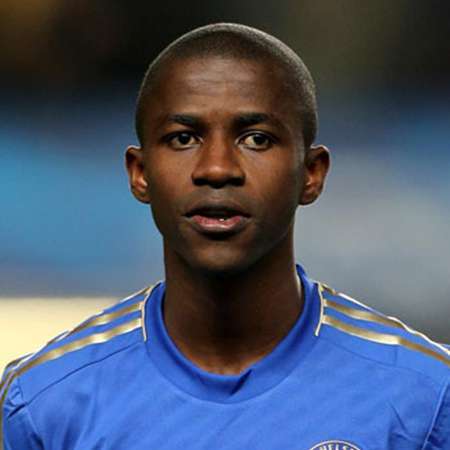 Ramires Santos do Nascimento, commonly known as Ramires, is a Brazilian professional football player. He was born on March 24, 1987, in  Barra do Pirai, Rio de Janeiro, Brazil. Ramires specializes as both a center back and defensive midfielder and is currently playing for Brazilian National team and Chelsea. Fans call him ‘Kenyan’ for his speed, tirelessness, and relentless performance.

For seven months Ramires was a bricklayer’s a s sistant, working in order to add to his family income as it was marginal. He lived with his grandmother, his brothers, and sister. His parents had been forced to leave Barra do Pirai to find work. The teenage Ramires had to move cows off the fields in his neighborhood of Boa Sorte-which means ‘Good Luck’- so he could play football.

Ramires Santos do Nascimento joined Chelsea in August 2010 from Portuguese side Benfica for a fee in the region of £17 million. He played for Joinville and Cruzeiro in Brazil, twice winning the Campeonato Mineiro state championship with the latter, and he represented his country at the 2008 Olympics and helped the Selecao to Confederations Cup success the following year.

He also moved to Europe in 2009, earning a move to Benfica for £6.25 million, and excelled in his debut season, helping the club to a league and cup double. He was part of the Brazil squad at the 2010 World Cup and impressed despite the country's surprise exit at the quarter-final stage. After the tournament, Ramires secured his move to Stamford Bridge.

He took time to adapt to the English game, and ended his first season without any silverware before struggling at the disastrous 2011 Copa America with Brazil and lost his place in the side soon afterward. However, he showed his worth for Chelsea in the 2011-12 campaign, most notably scoring a stunning goal to help the Blues to victory over Barcelona in the Champions League semi-final second leg, though he was ruled out of the final through suspension.

Ramires; Chelsea's jewel, used to work on his uncles’ building site in Barra do Pirai, 80 miles from Rio de Janeiro to earn £2  a day. Now, Six years later, the 23-year-old Brazilian brings home the income of around £65,000 a week to the home.

In regard to his marital status, he is married to Islana Fabricia Rosa do Nascimento. The couple has a son named Davi. Ramires Santos is 1.80m tall and has a weight of 73 kg.

He has been very successful in his life and has received various awards and honours. In 2009, Ramires Santos managed to lift the Confederations Cup, playing for the Brazil national team. His team i.e. Chelsea has already become the winner of Primeira Liga and FA Cup and has also become the winner of UEFA Champions League and UEFA Europa League.

He consolidated his reputation as one of the most promising defenders in world football thanks to his cla s s and excellent positioning. He has already achieved a huge amount of success and with this dedication, he can continue to move on his path of success.