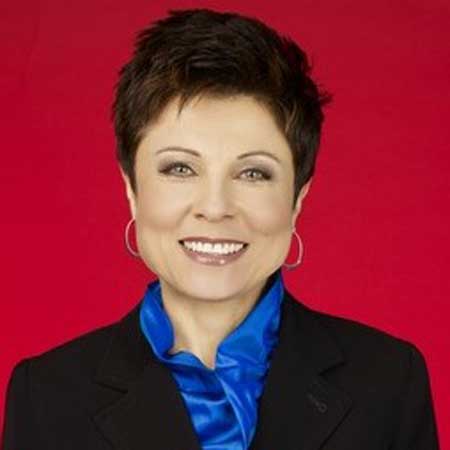 Ralitsa Vassileva is a Bulgarian journalist working as a news director at Bulgarian International Television (BIT). She has worked as an anchor on CNN television news. She has covered much international news and has interviewed many world leaders and high profile figures.

Vassileva was born on June 8, 1963, in Sofia, Bulgaria. She is a Bulgarian by nationality and belongs to the white ethnicity. She grew up and spent most of her childhood days in her hometown, Sofia.

Vassileva got her high school education attending at English language schools in Sofia and New Delhi, India. She then went to Georgia State University in 2007 for further studies. She graduated from the University in 2010 with an M.A. degree in Political Science.

Soon after, Vassileva joined Sofia University St. Kliment Ohridski, where she graduated with an M.A. degree in English Language and Literature. She moved to the Georgia Institute of Technology in 2012, where she took "Witness to a Changing Conscience," an Alumni Philosophy course.

Vassileva attended The University of Edinburgh in 2014. There, she took an online course on Critical Thinking in Global Challenges.

Vassileva made her career debut in 1987 as a translator and announcer for English broadcasts at Bulgarian Radio and TV. She spent three years translating newscasts and presenting programs in English for the international audiences.

Vassileva then worked as a news anchor and reporter for Bulgarian Radio and TV in January 1990. She is a top-rated anchor in Bulgaria, reporting on Bulgaria’s transition to democracy for both the Bulgarian public and CNN’s global audience. She has also helped shape a post-communist approach to the news.

Vassileva started working as a news anchor and correspondent for CNN in 1992. She has anchored daily newscasts and breaking news for CNN's Global Audience and has reported from different parts of the world.

Vassileva joined BITV in August 2015 and currently serves as a news director, anchor, and correspondent for the network. BITV broadcasts to 10 million mobile, online and cable viewers around the world.

Vassileva, age 53, might be married, however, is yet to reveal any news concerning her personal life. She currently resides in Atlanta, Georgia. She is an internationally recognized journalist with deep knowledge of global issues, extensive experience articulating complex events for diverse audiences and inspiring personal story.

Vassileva gained enormous popularity from her notable works at CNN, where she worked for 22 years. She has kept personal life confidential.

Vassileva grew up in her hometown, Bulgaria, and spent formative years in India helping to build CNN International, the world's first 24-hours news network. In 2001, the American University in Bulgaria awarded Vassileva an honorary Doctorate of Humane Letters for her contributions to journalism.

Net worth and Social sites

Vassileva earns a great salary from her work as the anchors in Atlanta are paid in millions. She has maintained an excellent net worth in her life.