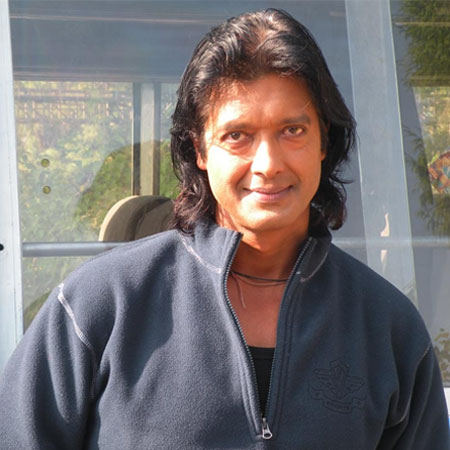 Rajesh Hamal is the most celebrated and versatile Nepalese actor widely recognized in Nepal with immense popularity quoted as the quintessential Nepali hero. He was born on 9 June, 1964 in Palpa, Tansen, Nepal where he has a permanent house. His contribution to Nepali film industry is hailed and highly acknowledged with by the entire film fraternity, often proclaimed as Maha Nayak of Nepalese film industry. During his fantabulous acting career he has delivered cascade of works and has won awards glut.

He attended Bhanubhakta Memorial School till class eight. His father was a Nepalese ambassador to Russia so he visited Moscow along with him. He obtained a master’s degree in English literature from Chandigarh University. He started on with modeling since his college years walking the ramp for Fashion Net, an Indian magazine in 1985 and other similar shows in Kathmandu and Delhi in the year 1986. He got his first break in the movie industry through his maternal uncle who produced a film with him named “Yug Dekhi Yug Samma” in 1988. He was awarded the National film award as a Best Actor Debut in 1989 for this movie. He has worked in over 230 Nepali movies along with one Punjabi movie.

After Yug dekhi Yug Samma Hamal delivered his second movie named Adhikar that collected moderate reviews. In the year 1991 he appeared in three movies titled Bhauju, Deuki and Deuta all of these were successful ones. He was revered with the best actor award for the movie “Deuta” in 1991. In 1993, he appeared in Adhikar and Kasam which were both hit movies. In 1994, he was featured in Paribhasa and got nominated for Best supporting actor. He delivered a successful film titled Bandhan that won him the fifth National Films Award. He has appeared in consistent success movies such as juntara with Jal Shah, Chadani with Niruta Singh that made him an extraordinary superstar of Nepali film Industry. He was harboring success and fame with each movies he did. He appeared in numerous other films such as Ranabhomi, Dharmaputra, Pardeshi Kancha, Shankar, Jindagani, Ek number ko Pakhe. In 1999 he was featured in the movie “Mato bolcha” that earned him National Films Best Actor Award. 2000 was a great year for him as he had more successful stories to foretell. He acted in the film Basanti opposite Karishma Manandhar. The movie was the highest grossing movie at the box office that also won him critical appraisal. He appeared in other films such as Dhuk dhuki, Upakar, Asirbad, Nepal Pyaro Chha. In 2010 he was seen in the movie Hath ma lagyo sunya for which he got nominated as best actor in comic role. In 2011 he was seen in movie “Kawach” that had moderate box office success. In 2012 he gave all hit movies such as Night queen Maya ko Barima, Chabilal chanjus chaina.

Hamal got married to his long time girlfriend Madhu Bhattarai, wife in a lavish wedding ceremony in 2014. His marriage was one of the most hyped talks throughout the country. In most of his interviews he has expressed his desire to change the condition of the country which shows his general concern for the people and the country. He always expresses freely to the media about his professional and personal life. His age is 50 years.

His Height is 1.88m. His average remuneration is 2105 dollar per film. 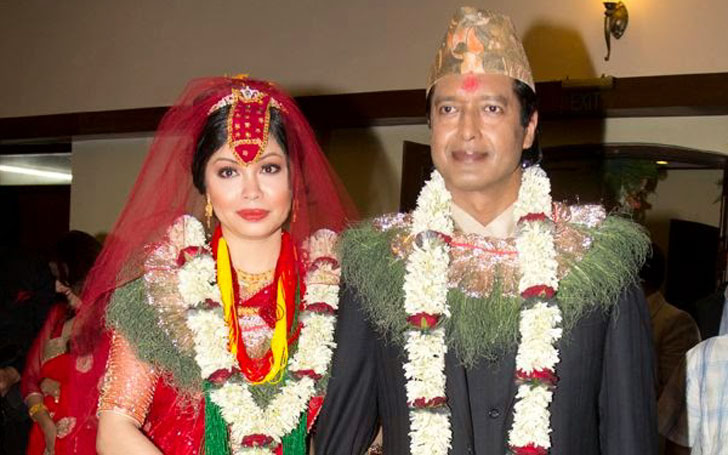