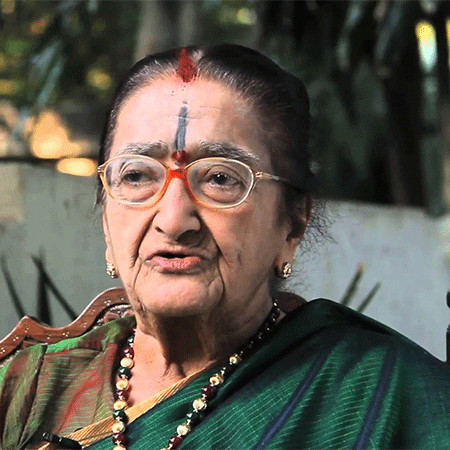 Rajalakshmi Parthasarathy is the first woman P.G. diploma holder in Journalism with excellent marks from Chennai.  She joined The Mail as a journalist, worked in The Hindu, and later wrote for the Tamil weekly Kumudam.

Rajalakshmi Parthasarathy or Mrs YGP, the dean of the P.S.B.B. group of schools, is a teacher who didn't stop educating herself. She completed B.Ed. from the Mysore University and was the  gold medallist at the age of 45, and followed it with an M.Ed. and a Masters in History from the University of Madras.

Rajalakshmi Parthasarathy's birthplace is Madras and was born to Parthasarathy and Alamelu on November 8, 1925. She studied at St. John's School and Holy Cross College, Madras, and completed her post-graduation in journalism from Madras University in 1947.

Later, Rajalakshmi Parthasarathy acquired a master's degree in history from the University of Madras. In fact, the girl who was born in a backroom of a large house in Egmore while a harikatha recital was going on in the front hall of her grandfather's home, went on to become the first woman graduate in her family. That was in 1947 when she used to be the only girl in the Journalism diploma class that had just been started in the University of Madras.

Rajalakshmi Parthasarathy is married  to popular playwright and dramatist Y. G. Parthasarathy. Her husband used to work at a radio station at that time. They got married in 1948. Their son Y. Gee. Mahendra is a popular actor in Tamil film industry and I has also done some dramas too.

Career
Rajalakshmi Parthasarathy  has always done well, academically. Her father was transferred from Trichy to Madras in the mid-1940s when she was about 20. Then, she had just completed her graduation in Trichy.

In 1958, Rajalakshmi Parthasarathy started a school with 13 students along with members of the Nungambakkam Ladies Recreation Club in a shed in the terrace of her house in Nungambakkam and named it Padma Seshadri Bala Bhavan in deference to the wishes of one of its benefactors R. M. Seshadri who expressed his wish for the school to be named after his wife.

After one year, the school acquired its own building. In 1971, the school opened its new branch, the T. P. Road Junior School. Since then, the school has grown rapidly and in 2009, comprised five branches with 8,000 students and 500 staff members. Rajalakshmi Parthasarathy is the Dean and Director of the school since its inception in 1958.