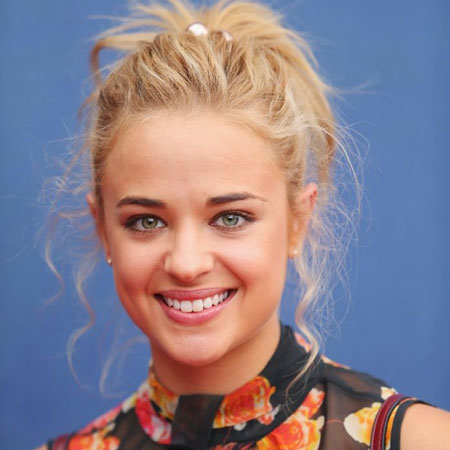 Raechelle Banno is an Australian actress, and writer, well known for her portrayal as Olivia Fraser Richards in the long-standing soap opera Home and Away.

Raechelle Banno was born on 28 April 1993, in Sydney Australia. She also has a twin sister named Karina who is also an actress and has an older sister named Stephaine.

She is white in ethnicity and holds Australian nationality.

Raechelle Banno's career began in the year 2013 when she appeared in a TV series named In Your Dreams. The same year she also made her appearance in a short movie named Exposure, which was written and produced by her.

Later she appeared in a TV series which was her major breakout role as Olivia Fraser Richards from 2015-2017. She gained a huge fame after she made her appearance in Home and Away.

After that Raechelle Banno appeared in another short movie named Second Best in which portrayed as Nouchka Bortsov in 2017.

Currently, Raechelle banner is not in a relationship affair, however, there was a rumor that, Banno is dating her co-star Scott Lee, later she confirmed that Lee is not her boyfriend and disagreed with the rumor.

Raechelle Banno earns a decent amount of money from her successful career as an actress, producer, and writer as she has appeared in various series and even produced movies. Her net worth is estimated to be in millions of dollars.