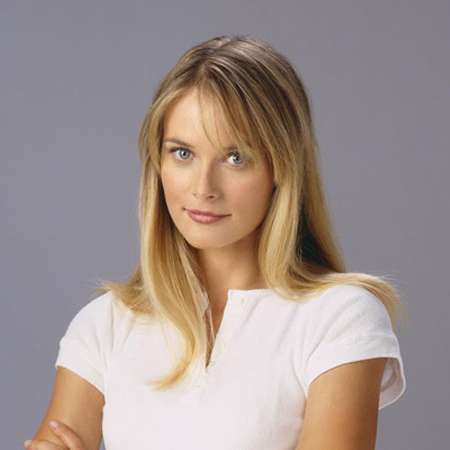 Rachel Blanchard was born on March 19, 1976 and she is 40 years of age by now. Blanchard was born in Toronto, Canada. Rachel was raised in Ontario along with her parents in middle class family. According to Blanchard's ethnicity she is white as she belongs to Canadian descent. And Blanchard's nationality is Canadian. By her birth, her star sign is Pisces. And there is no any updated relating her siblings.

Rachel Blanchard attended Humbercrest Junior Public School which is located at Toronto. Later Rachel joined Havergal College for her High School studies. And she majored in Psychology from Queen's university in Canada.

Rachel started her career through television advertise where she was featured in the commercial of McDonald. Later at the age of eight she was featured as Melanie Schlegel in Canadian children's show Kids of Degrassi Street. As Lisa Farrell she was featured in the TV series The Littlest Hobo in 1985. In 1986, she made her acting presence in TV movie Alex: The Life if a Child, her other major TV movie appearance includes, Glory Enough for All (1988), Clarence (1990), Anne of Green Gables (2008), My Gal Sunday and many more.

Rachel started working in television series War of the World in 1988 and she was featured in 23 episodes of the series as Debi McCullough till 1990. In 1990, Rachel she appeared in the lead role of Kristen in television series Are You Afraid of the Dark? And appeared in 26 episodes of the series. Rachel's other major TV credits includes, Clueless where she was featured as Cher Horowitz, 7th Heaven as Roxanne Richardson, Peep Show as Nancy and Another Period as Clambake Guest.

Blanchard has also been successful with her movie career; she began her movie career from 1991 movie On My Own. Later in 1999, she played the character of Monica in the movie The Rage: Carrie 2. Blanchard has worked in several successful movies and some of her movies are The Wild Dogs, Snakes on a Plane, Careless, Daydream Nation, My Uncle Rafael and many more.

Rachel Blanchard is very beautiful lady and she has also voted in the position of 37 in FHM's 100 Sexiest Girls in 2002 being one of the sexiest ladies in Canada. Rachel's sexual orientation is straight and her current relational status is unknown that either she is dating someone or she is single.

Rachel has kept her personal life into deep mystery, though there was several news of her hook up with her co worker, once she was also seen dating with her co star actor Adrian Brown. Rachel is also very good friend with Melissa George.

Blanchard has a pet dog whose name is Wilber. Other then acting, she also enjoys playing hockey which is also one of her hobbies. And Rachel currently lives in Canada along with her family.