Quvenzhané Wallis is an Oscar-nominated American actress and author who gained popularity as Hushpuppy in the 2012 drama film, Beasts of the Southern Wild. She is also a writer of children's books and has released four books including the Shai & Emmie book series.

How Old is Quvenzhané Wallis? Age, Height, Parents, and Education

Quvenzhané Wallis was born on August 8, 2003, one of four children to Venjie Wallis, Sr., a truck driver, and his wife, Qulyndreia Jackson, a teacher. Her name is the result of the amalgamation of her parents' names. Her sister is Qunyquekya Wallis and her brothers are Vejon Wallis and Venjie Wallis, Jr.

A native of Houma, Louisiana, Quvenzhané Wallis is 17 years old at the time of this writing and stands at 4 feet 11 inches (1.5 meters).

At age 5, Quvenzhané Wallis auditioned for her first role when there was a nationwide casting call for the role of Hushpuppy. The casting directors were explicitly looking for children six and above and the 5-year-old Wallis had to lie about her age to audition.

Her performance mesmerized the casting directors and she was picked out of 4,000 others to star in her first feature film, 2012's Beasts of the Southern Wild. 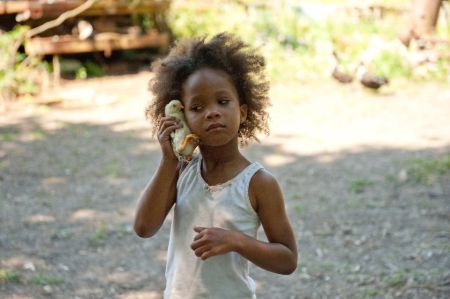 Quvenzhané Wallis in Beasts of the Southern Wild SOURCE: The New York Times

The movie premiered at the Sundance Film Festival in 2012 and received almost universal acclaim. Wallis was one of the standouts of the movie and in 2013, she made history by being the youngest person to be nominated for an Academy Award for Best Actress at age 9.

While she didn't take home the Oscar that year, she won numerous other awards including an Independent Spirit Award, a National Board of Review Award, and a Satellite Award.

Her next feature film role found her as Margaret Northup in the Oscar-winning 2013 period drama, 12 Years a Slave.

What is the Net Worth of Quvenzhané Wallis?

According to celebritynetworth.com, Quvenzhané Wallis has a net worth of $500 thousand. She made history when she became the youngest Oscar nominee (at age 9) for her performance in the 2012 drama, Beasts of the Southern Wild. 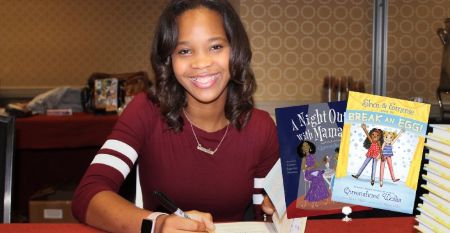