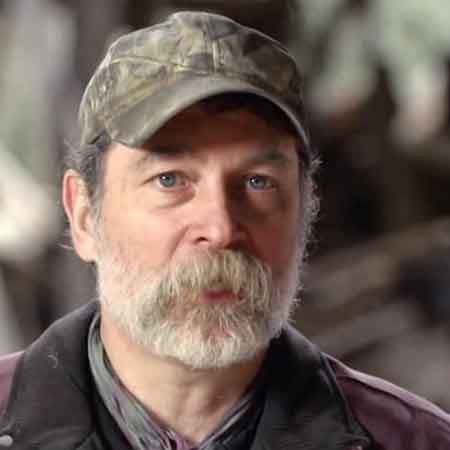 Preston Roberts was a TV actor who made his first break following his appearance in one of the most viewed History Channel’s shows Mountain Men. Similarly, for over two and a half decade, he tutored in the Wilkes County School System. So far, he also worked as the instructor at numerous primitive skills gatherings and cultural events all over the United States. Robert was married to Kathleen DuPont McGuire and the couple has three sons.

Preston Roberts was born on 17 July 1957, in Westfield, New Jersey, United States. He grew up in the small town of Brevard, North Carolina. He graduated from the Atlantic Christian College.

Robert earned his degree in Art Education at Appalachian State University. Following his graduation, he went on to meet  Eustace Conway in 1982 and became steadfast friends. Together they rode horses across North and South Carolina. At that time, they also crossed Montana, Wyoming, and Nebraska.

Preston Roberts was a tutor in the Wilkes County School System for 25 years. For his hard work and dedication, he was elected as a Teacher of the Year twice. He served as an instructor at numerous primitive skills gatherings and cultural events throughout the United States.

Robert later started independently studying with the Native American people, becoming a contemporary traditional dancer and a singer. He was residing in Wilkes County with his family. He owned a big organic garden there as well as a few horses and chickens.

Robert used to make knives, hunt, and fish. He came to limelight after becoming a cast member on History Channel’s show Mountain Men.

Preston Roberts made certain agreeable amount throughout his career. His earnings through his various works had boosted his net worth to $1 million. He also worked as an instructor for a number of events.

Preston Roberts is a married man. He tied the knots with his wife Kathleen DuPont McGuire in 1975. In early 1975, Roberts met his wife Kathleen. And after a few months of dating, the two exchanged the vows. The couple has three children sons Travis Lee Roberts, Joseph James Roberts, and James Preston.

Before his death, Roberts lived in a small log cabin on the banks of the East Fork River. They also lived in an old church located near Stone Mountain State Park in North Carolina.

Preston sadly died on July 24, 2017, at age 60. He pa s sed away from complications due to an inoperable tumor with his wife and family by his side. He made his last appearance on the season 6 of Mountain Men.