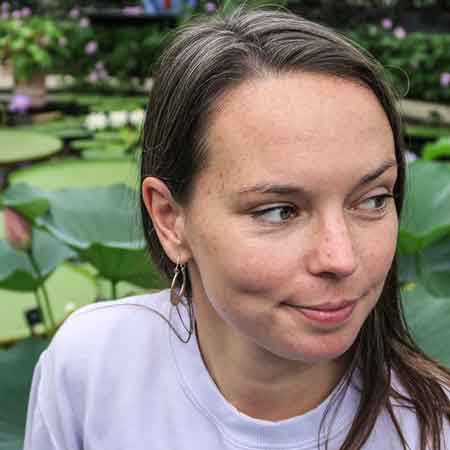 Born and raised in Westminster, London Poppy Sophia Ridley gained popularity being an elder sister of Daisy Ridley and Kika- Rose Ridley. She is a spiritual healer/ teacher who helped others to find their route in life and discovered the joy of living for others.

While Sophia is doing exceptionally well in her professional career, her personal life and relationship has been a bit mysterious. Well, in this article, we are going to talk in detail about Ridley's professional and personal life.

Further, we will also talk about her career, earnings, and net worth at present.

Poppy Sophia Ridley was born on 1 March 1987 in Westminster, London. She is the elder daughter of Christopher Ridley, a photographer, and Lousie Caroline (née Fawkner-Corbett), a banker. She has two younger sisters Kika-Rose Ridley who is a model and Daisy Ridley who is an English actress.

She attended Holland Park Secondary School. After receiving her degree in Sports Science, she worked in the education sector for almost a year. Being an elder daughter she helped her mother recover health-wise and spiritually as her mother was emotionally and psychologically affected by the death of Ridley's grandmother.

She is a volunteer and has worked on various projects traveling to many countries. One of such travels was to the east coast of Australia in 2014 where she met her future husband Mark Semmens.

She later re-discovered herself after taking classes on Om Chi Reiki and came back revitalized, becoming a spiritual healer/ teacher. She is a Reiki teacher/healer. Reiki is a Japanese healing technique where the teacher can route energy to the patient through touch to start a healing process and cure mental and physical well-being.

a poppy in practice

Ridley helps others to discover the joy of living and teach how to survive in a world without carrying so much pressure on the inside.

Poppy Sophia Ridley's net worth is not revealed but we can assume it to be in six figures. On the other hand, her younger sister Daisy has a net worth of $6 million.

She is engaged to longtime boyfriend Mark Semmens on 16 December 2017 and as of now, she resides in Australia with her partner.

She first met her fiance on the east coast of Australia in the year 2014. After three years of a love relationship, they got engaged.

Ridley and her sisters look very much alike and are very close to each other. And both of her sisters have also stated that they cannot stay apart from her.

Is She Active on Social Media?