Poppy Liu is a Xi'an-origin Chinese-American actress well known for her starring roles in the popular sitcoms Sunnyside and Hacks. She also has notables roles in TV series like New Amsterdam, Law & Order: Special Victims Unit, and Better Call Saul. Moreover, the actress is set to appear in the upcoming drama film Shallow Water.

How Old Is Poppu Liu?

Poppy Liu was born in 1992 in Xi'an, China, but grew up between Minnesota and Shanghai. As of writing this article, she is 29 years old.

At 14, she started her theatrical training in Shanghai and took cla s ses at RADA for several years while creating a love for cla s sical text.

She holds dual nationalities of Chinese-American and belongs to Asian ethnic background. She stands at the height of 5 feet 5 inches (1.65 meters).

Liu has earned a decent amount of riches from her career in acting. As of 2021, the 29-year-old actress is believed to have a net worth of $300 thousand.

She made her acting debut when she appeared in the short film Summon in 2018. The same year, she was cast as Amy Chiang in the television series New Amsterdam.

Poppy landed her career breakthrough role as Mistress Yin in the television series Mercy Mistress from 2018 until 2019. She appeared as Hannah Berkowitz in an episode of the TV series Law & Order: Special Victims Unit in 2019. 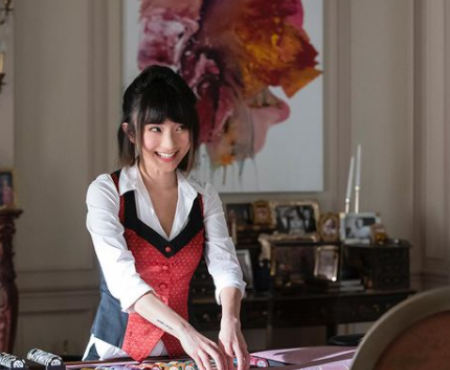 That same year, she played Jia in the short film Safe Among Stars and Mei Lin in the NBC sitcom television show Sunnyside.

Liu was featured in short films like Flourish, To Do, and Certified Black Genius in 2020. She also played Jo in the crime drama TV series Better Call Saul the same year.

As of now, she is set to appear in the upcoming drama film Shallow Water. The film starred actors like Vincent Martella, Ciara Renée, and Nick Ballard.

'Hacks' actress is active on Instagram under the handle @poppyrepublic, which currently has more than 13 thousand followers. 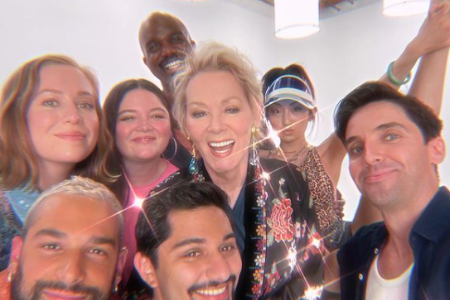 She mostly promotes her TV shows and updates her upcoming projects on her social media account. She is very close to her co-stars and colleagues.

Talking about her relationship status, she is a s sumed to be single as of right now.