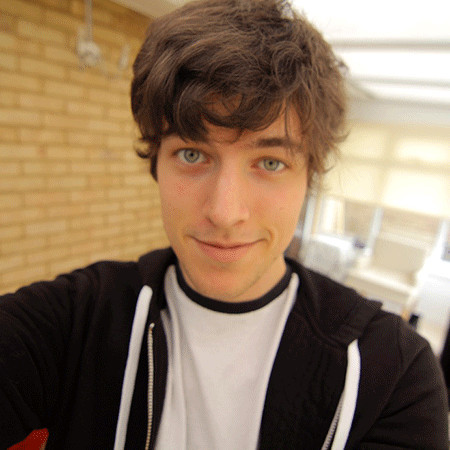 PJ Liguori, the British video blogger and filmmaker, was born on 11th December 1990 at Peterborough, England. He is of British nationality and white ethnicity. PJ is especially known for the comedy fantasy web series Oscar's Hotel for Fantastical Creatures. He is a Youtube entertainment artist and musician whose channel, KickthePj, has hosted humorous videos and animations. The channel crossed one million subscribers in 2016.

PJ Liguori graduated in 2013 from the University for the Creative Arts in Farnham, Surrey, England. He is active on Youtube channels KickthePj and PJTheKick which presents humor videos and animations. He began making videos and films in 2007 and won a Virginia Media award for PJ, Tiny Planet Explorer in 2012.

PJ Liguori specializes in different areas like screenplay, directing, songwriting, creating props, acting, producing, editing, sound, costume, and soundtrack. He is known to be a multitalented YouTube celebrity. His other popular works include 'Colour Bandits' in 2013 and 'Hair and Brimstone' released imid-201616. All of his short movies are very popular on YouTube among his subscribers.

Standing tall with the height of 6 feets and 2 inches, PJ Liguori adopts a healthy lifestyle and regular workout to maintain a well-built physique. He is expected to enjoy a huge salary and net worth. PJ earns well from Youtube, Facebook, and sponsored advertisements. His exact earning and net worth is not known; however, he seems to be earning extremely well for someone of his age.  According to some online reports, his net worth is said to be around $500,000.