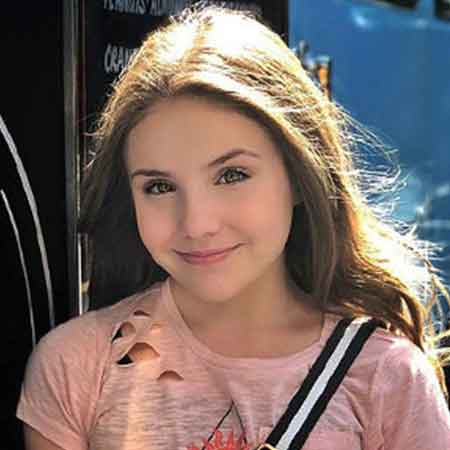 Social media star, Piper Rockelle, is the latest musical.ly sensation. She also has a YouTube channel where she posted a number of videos which earned her earn a decent fan following. She is equally active on Instagram.

Piper Rockelle was born on  August 21, 2007, in the United States under the birth sign Leo to mother, Gwen. She has a brother who is also a musical. ly star, famously known as Hunter Ray Hill aka H2balla.

My brother is so lucky! He has the best sister in the world Happy #saintpatricksday @itshunterhill Comment your flag ????

Rockelle does not like to go to school. She says,

''It can be very tough. I really would rather be acting than doing school work. However, I'm so lucky that I get to work with my friends. We work hard together and have fun doing it!''

Before starting her career in the entertainment field, she competed in several beauty pageants and also worked as a model.

Piper Rockelle started her YouTube career in 2016, creating a self-titled YouTube channel. On November 29, 2016, she uploaded her first video, ''Piper Rockelle creates Fluffy Slime'' which gained over 1.2 million views. She then posts several videos on her channel which gained thousands of views.

Her two videos, ''Logan Paul said we tried to kill him!!|| Piper Rockelle & Mariam'' and ''24 Hours Handcuffed to my Boyfriend'' earned over 1.7 million views. As of 2018, her channel has over 464k subscribers. Moreover, she also created her own YouTube show, Mani where she portrayed the character of Sky.

Rockelle also created an account in musical.ly and Instagram where she has millions of followers. Her fans named her #Piperazzi. In 2017 she appeared as a guest in an event, MuserMovement.

According to some source, an Instagrammer with followers between 50k to 200k makes around a thousand dollars per post. As of 2018, Rockelle has over 557k followers so we can say she makes over thousands per month.

Piper Rockelle is an animal lover. She along with her mom recused over 100 cats. Rockelle also has a turtle named, Swartz.

On 23rd June 2018, Rockelle posted a video '' 24 HOURS HANDCUFFED to my “BOYFRIEND" | Piper Rockelle'' where she mentioned a guy named Hayden as her boyfriend. In the video, they were handcuffed for a whole day. They also posted several pictures on their social media.