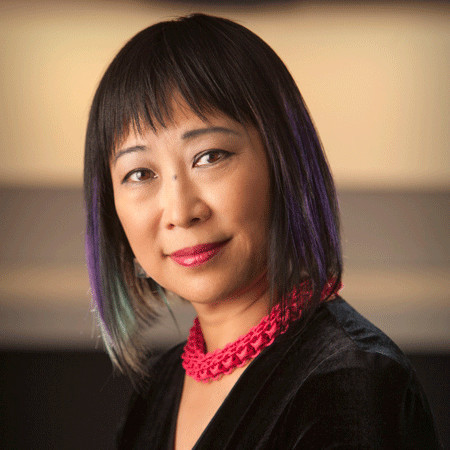 Ping Fu was born in 1958 in Nanjing, China, where she spent most of her childhood days along with her sibling Hong Fu. Fu’s father was a professor at the Nanjing University of Aeronautics and Astronautics (NUAA). Fu grew up during the Cultural Revolution in China, and thus was separated from both her parents for several years.

After the culmination of the Cultural Revolution, Fu went on to attended the college that later became the Suzhou University, where she studied Chinese literature. Fu had gone to write about the female infanticide in China and thus was imprisoned and was asked to leave the country by the government. She left school without graduating and arrived in the US in January 1984. Fu was always interested in studies and thus went on to attend the University of New Mexico (UNM) in Albuquerque. However, she moved to San Diego to study computer science as an undergraduate at the University of California, San Diego.

While Fu was in San Diego, she studied and worked part-time at a software company known as Resource Systems Group. She proudly graduated with a bachelor's degree in computer science. Fu then moved to Illinois, where she grabbed a job with Bell Labs. Luckily enough, Fu’s academic life didn’t end there; Bell Labs offered a Ph.D assistance program, through which she signed up at the University of Illinois at Urbana Champaign (UIUC). From UIUC, she earned her master’s degree in Computer Science.

After completing her studies, Fu then began working at the National Center for Supercomputing Applications (NCSA) at UIUC. She invented the idea of 3D system and thus formed ‘Geomagic’ with her then-husband, Herbert Edelsbrunner. Fu left the NCSA to fully operate Geomagic and became the CEO of the company in 1997.  The main aim of Geomagic was to develop 3D imaging software, which would enable customized manufacturing using 3D printers. From Illinois, the company was relocated to the Research Triangle Park, North Carolina in 1999.

Geomagic was close to bankruptcy when Fu stepped up by investing her own money into and began working without a salary, so that she could pay the company's employees. Fortunately, from 2001 to 2003, its sales tripled under her leadership, increasing her net worth. Geomagic became known as a leader in digital shape sampling and processing. She sold Geomagic to 3D System in February 2013.

Fu met Husband Herbert Edelsbrunner while forming the idea of Geomagic. They married soon after and began running the company. However, they divorced and Herbert remained an advisor at Geomagic. Ping Fu is currently single and does not have any children till date.

Fu, who is 55 years old, is currently working as the Chief Strategy Officer and Vice President of 3D System. For her service to technology and business, Fu has received many awards like the Ernst & Young "Entrepreneur of the Year", Entrepreneurial Inspiration Award given by North Carolina's Council and many more. He life story is truly inspirational.