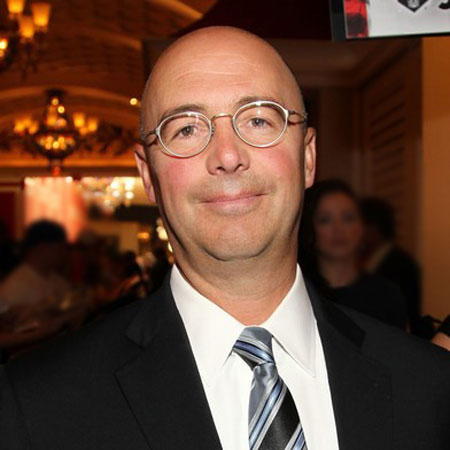 Pierre McGuire is an American-Canadian ice hockey analyst for the National Hockey League who broadcasts on NBC in the US. Besides, he also worked as a prominent hockey analyst on The Sports Network in Canada until 2011.

The ice hockey analyst, Pierre McGuire was born on August 8, 1961, in Englewood, New Hersey, the US to a French-Canadian mother and an Irish-American father. Regarding his ethnicity, Pierre is of mixed ethnical background and falls in an American nationality.

McGuire grew up in the Montreal area and attended Lower Canada College. At the age of 16, his parents moved to Cresskill, New York due to sentimental attachment in Montreal that made it difficult for his father, Rex, to run his car dealership.

McGuire enrolled in the Bergan Catholic High School and there he also played football and hockey.

From 1979 to 1982, Pierre McGuire was a standout hockey defenseman at Hobart College. He also pitched for Hobart's baseball team and played as a quarterback on the football team for two years. He completed his English Degree from the Hobart. Following his graduation, McGuire played a season on Hockey in the Netherlands.

McGuire used to be a coach and a scout before becoming a hockey analyst. He began his coaching career in the year 1984 at Hobart College, where he received $500 a season. After that, he worked as an assistant in a number of colleges.

From 1988 to 1990, McGuire worked as an assistant hockey coach at St. Lawrence University. At this time, he also met the former Canadian NHL head coach, Scotty Bowman. He has two Stanely Cup rings as a head coach.

Pierre McGuire began his broadcasting career around 1997, from a Canadian radio station, CJAD 800. Besides, he also worked on some of the team's regional television broadcasts on TSN.

Pierre joined NBC Sports in 2006 after he spent four years in TSN. He also writes for Sports Illustrated and provides frequent commentary on New York’s WFAN, Ottawa radio station, and the Team 1200 as well.

Beyond hockey, McGuire also worked as a reporter for water polo at the 2012 and 2016 Summer Olympics for NBC.

The American-Canadian ice hockey analyst, Pierre McGuire has been married twice. He is married to Melanie McGuire for a long time. The couple has a son and a daughter.

Previously, he married to Joan Leonard, a Providence College student, he met during his time coaching at the Babson College. The couple got divorced after many years of their marriage. The reason behind their divorce hasn’t been revealed.

Currently, McGuire is living in New Canaan, Connecticut with his wife and two children.

Pierre McGuire has earned a good amount of net worth as he has worked in several sports networking sites as well as coached and scouted hockey in a number of Colleges. He had a yearly income of around $700,000, combining the salary from TSN, radio-work, and column writer for Sports Illustrated as well.