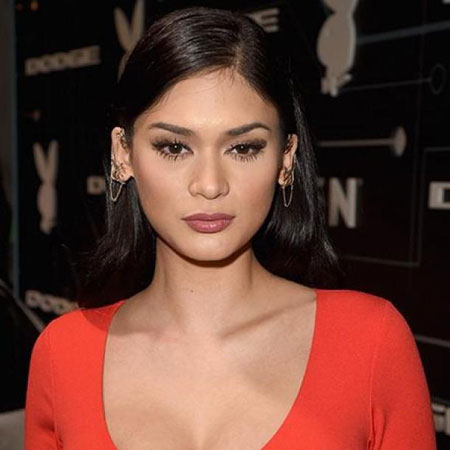 Pia Wurtzbach is a Filipina-German actress, model, TV host as well as beauty queen who was crowned Miss Universe 2015 on December 20,  2015, after becoming the Miss Universe Philippines 2015 at the Binibining Pilipinas 2015 pageant on March 15,  2015.

On 3 May 2017, she was named a UNAIDS Goodwill Amba s sador for Asia and the Pacific.

Wurtzbach is born to Filipino mother, Cheryl Alonzo Tyndall and a German father, Uwe Wurtzbach who separated when she was 11 years old. Her father pa s sed away in 2014.

Wurtzbach spent her childhood in Cagayan de Oro, the Philippines with her younger sister Sarah Alonzo Wurtzbach. She also spent several years in the UK, after being raised in the Philippines.

Wurtzbach did her schooling from the ABC-CBN Distance Learning School in Quezon City. Later, she moved to the Center for Asian Culinary Studies in San Juan, Metro Manila and studied culinary arts.

Pia Wurtzbach entered the world of glitz and glamor at the tender age of fourteen. Before she pursued a career in acting, she learned acting from an acting and modeling agency for children, 'Star Magic Talent'.

Later, Wurtzbach made her debut in the television with a series K2BU, a series for teenagers. Afterward, she worked in 'Your Song' and also performed in some concert program, 'ASAP'. She has also worked in numbers of films such as 'All My Life', 'All About Love' and 'Kung Ako Na Lang Sana'.

Wurtzbach remained as the brand amba s sador for 'Avon Teen' for five long years. Apart from these all, she has also made her appearance on the cover of several prestigious fashion magazines. Pia writes for the 2bU column of 'Inquirer Lifestyle'. She is popular as Pia Romero which is her screen name.

Pia Wurtzbach is not married yet but she is dating to her alleged boyfriend, Marlon Stockinger who is a Filipino-Swiss race car driver.

The pair began dating since October 2016 and confirmed their relationship in the media on January 16, 2017. It seems the couples' affair is going smoothly and living happily with each other.

Previously, Wurtzbach dated Mikhail Varhavsky who is known as Dr. Mika. They began dating from 2016. However, the couple broke up in a few months.

The duo was reportedly spotted when they were enjoying dinner at the New York's Balvanera restaurant. Dr. Mike said in statement,

I am dating Pia. It's  fairly a new relationship, but I'm really excited to see where it can go!

Pia Wurtzbach has earned a huge amount of salary from her successful career as an actress as well as a model. Her current net worth is believed to be more than $2 million.