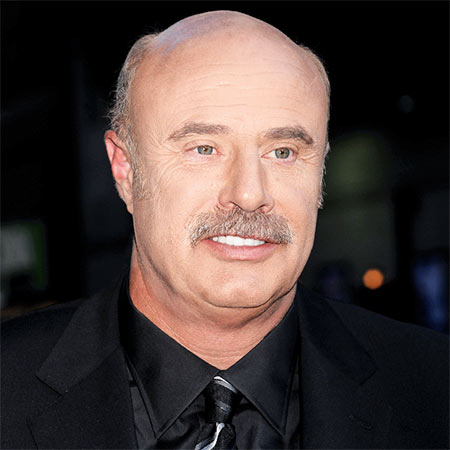 Dr. Phil McGraw is a Mental health professional and life strategist, who was a part of a renowned series 'The Oprah Winfrey Show'. His birth name is Phil Calvin McGraw and also goes by names like Phil McGraw or Dr. Phil. McGraw was born in Vinita, Oklahoma on 1 September 1950, to Anne Geraldine (mother) and Joseph J. McGraw (father). He has three siblings; one younger sister Brenda and two older sisters Deana and Donna. McGraw spent most of his childhood in North Texas, where his father worked as an equipment supplier.  The family moved because his father wants to be a psychologist.

Phil McGraw studied in Shawnee Mission North High School in Overland Park, Kansas. He developed his interset on football in his high school days and received a scholarship for his footballing skills in the University of Tulsa. He played under the coaching of Glenn Dobbs and was the middle linebacker. In the same year, his coach retired after their loss against the University of Houston in the final. Then, McGraw was transferred to Midwestern State University in Wichita Falls, Texas.

In M.S.U, Phil McGraw studied psychology and graduated with a Bachelors degree in 1975. He then went on to get his masters degree in experimental psychology in 1976. He has completed his Ph.D. in clinical psychology from the University of Texas, where his thesis was  in the subject "Rheumatoid Arthritis: A Psychological Intervention."

In the end of 2002, Dr. Phil McGraw launched his own nationally syndicated one-hour talk show, 'Dr. Phil'. Phil is the author of several New York Times best-sellers. Recently, in 2014, he released a book entitled 'The 20/20 Diet: Turn Your Weight Loss Vision Into Reality.'

Dr. Phil McGraw is married to Robin since 1976. He has two children named Jay McGraw and Jordan McGraw. His successful career has showered him with a net worth of $340 million and an annual salary of $80 million. In the mid of 2016, McGraw and his wife bought a house worth $30 million in Beverly Hills.