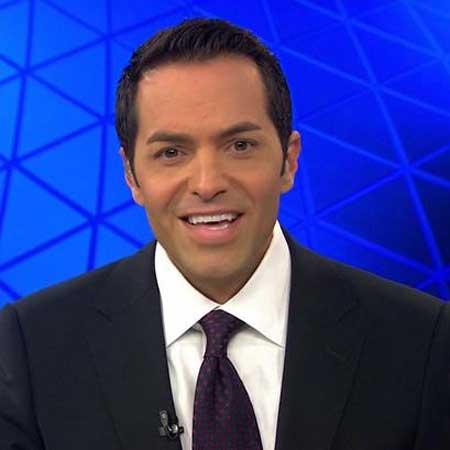 Phil Lipof is an Emmy Award-winning news anchor and a television personality. He has served as a news anchor at WCVB, NECN and WABC 7 in his career. He currently serves as a News Anchor at WBTS-LD since its switch to NBC. Lipof

Lipof was born on June 18, 1973, in Newton, Ma s sachusetts, U.S. He holds an American nationality belonging to the white ethnicity. He has spent most of his childhood days in his hometown. He is the son of Emily Lipof. He lives together with his four siblings.

Lipof's father, brother, and sister have served on the Newton City Council. His mother was one of the first women in the world to become a Rabbi, serving a pulpit in Brookline.

Lipof attended the Syracuse University. He graduated from the University with majors in speech communication and writing in 1995.

Lipof started his journalism career working as an unpaid volunteer at New-TV in Newton. He has also worked at KIDK-TV in Idaho Falls, WHDH-TV in Boston, WFOR-TV in Miami and WRNN-TV in Kingston. He was a weekend morning anchor and reporter at WABC-TV in New York before joining WCVB-TV.

Lipof started serving as the 5 p.m. anchor for NewsCenter 5 at WCVB-TV, Boston in December 2013. He has reported live from the Boston Marathon bombings and braved 80 miles per hour winds during Superstorm Sandy over the years.

Lipof has also covered the devastation left by Hurricane Katrina, traveled to Israel after Sept. 11 for a special series on terrorism and to Germany to speak with wounded troops. He has interviewed famous personalities like Donald Trump, Dalai Lama to Les Paul and Jimmy Page. He left WCVB on July 1, 2016.

Lipof joined NBC Boston and NECN after gaining 20 years of experience, covering some of the biggest and toughest stories all over the country. He currently serves as an anchor at New England Cable News (NECN).

Lipof is a phenomenal person with a great talent and ability to connect with viewers. He has reached the age of 44 now. His birth sign is Gemini.

Lipof is a married man and has two children. He married to his girlfriend, Juli Auclair Lipof, former WHDH anchor. He first met Juli, while working together at WHDH. The couple finally tied their knot after having an affair for several of years. They have two children, a daughter named Daniella Lipof and a son named Dylan Lipof.

Lipof currently resides in Boston with beautiful wife and family. They have kept a 5-pound Yorkie puppy named Rosie. He plays guitar, works out and spends most of the time with his wife and children, while not reporting the news.

Lipof seems to be living his life happily with his family. He has posted several pictures spending good times with his family on his Instagram account.

Lipof has earned a great amount of salary from his anchoring career as the news anchors in U.S. are paid around $51K yearly. He has maintained an incredible net worth in his life. He has a lavish BMW car too.