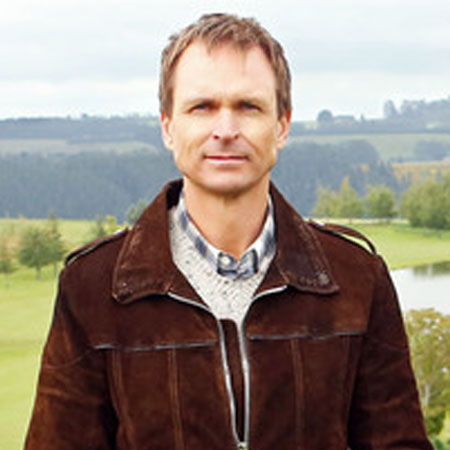 Phil Keoghan is a television personality from New Zealand known for presenting the U.S. version of The Amazing Race on CBS since 2001. The show has won a total of 10 Primetime Emmy Awards with seven consecutive for Outstanding Reality Competition Program.

Keoghan is also the host and creator of the television series No Opportunity Wasted. The show has been produced in New Zealand, Canada, and the U.S.

Grew Up Along With Two Siblings

Phil  John Keoghan, age 50, was born on May 31, 1967. He was born to Elizabeth Keoghan and John Keoghan in Lincoln, New Zealand. His father is an agricultural scientist. Keoghan has two siblings; a brother, Andrew Keoghan and a sister, Ruth Keoghan Kooper.

Phil Keoghan spent most of his early childhood in Antigua and Canada due to his father’s profession. He later returned to Christchurch, New Zealand during his high school days. He holds New Zealand nationality and belongs to mixed ethnicity.

Phil Keoghan started his career working as a presenter of New Zealand’s children show, Spot On. He hosted several other television shows and even a s sisted as a reporter on That’s Fairly Interesting.

He then moved to the USA to continue his career further where he auditioned for the host of Survivor USA but failed. Phil was later offered to host The Amazing Race in 2001.

Keoghan was selected to host and produce a reality series about VELUX 5 Oceans Race in June 2011. He has hosted 1,000 different program episodes and shows including Adventure Quest, Surprise, Surprise, Go For It among others.

He also has written a book named No Opportunity Wasted and also produced the show on same name. Apart from this he also has his own luggage line named NOW luggage.

The Amazing Race host, Phil loves adventures and holds the world bungee jumping record. He has dived in the world’s longest underwater caves and had a five-star meal on the top of an erupting volcano.

Phil Keoghan married  Louise Rodrigues and has been together with her for more than two decades. The couple has a daughter named, Elle who was born in 1995. Phil even rumored to be dating Angela Radcliffe for three years in between 2003 to 2006.

Phil Keoghan shared the list of things he wanted to do before he dies with Oprah Winfrey on her show, The Oprah Winfrey Show.  He has ridden 3,500 miles on a bike from Los Angeles to New York from March 28 to May 9, 2009. The event 'Ride Across America' was held to raise funds for Multiple Sclerosis research.

Phil Keoghan says his father is his favorite traveling companion. He currently lives with his wife and daughter in Los Angeles.

Phil Keoghan is a very successful television presenter; his show The Amazing Race has huge followers and has done amazingly well. Reportedly, his salary for hosting a single episode of  The Amazing Race is about $100,000.

Phil Keoghan's net worth is $12 million. Keoghan owns two houses in New Zealand; one in Westport and the other in Matarangi. He also has a home in Santa Monica, California where he currently resides. Keoghan reportedly bought the house for $2.6 million in 2006.