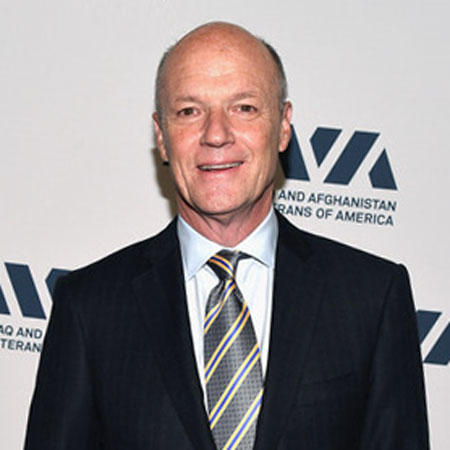 60 year old Phil Griffin is the president of MSNBC, a United States cable news channel. He was with the channel since1996, its start, in July of 2008 he was named president

Phil Griffin was born on November 27, 1956, in the United States of America.

Phil Griffin graduated from Va s sar College with a B.A. in English in 1979. After completing his graduation, he moved to Atlanta and began working with CNN. There he met Keith Olbermann whom he would work with later.

Phil Griffin spent many years with CNN working as a writer-producer-editor in their sports department, before joining NBC in 1983 as a sports producer for the Today show.

Phil Griffin’s successful career  in journalism can be credited to consistent hard work. After his graduation in1979, he moved to Atlanta and there he worked with CNN. He was with CNN during their early years of broadcast.

In 1995 he went down to Los Angeles to cover O.J Simpson’s trial for NBC News. He travelled to places like Middle East and Somalia with Tom Brokaw to cover various important news topics.

He was the senior broadcaster producer of NBC Nightly News before becoming the executive producer at MSNBC.

Phil Griffin has made many programs for MSNBC including hits like ‘Hardball with Chris Matthews’ from 1999 to 2004. At MSNBC’s launch he produced ‘Internight’ that was hosted by Tom Brokaw, Katie Couric, Bryant Gumbel, Bob Costas and Bill Moyers.

In April 2005, Phil Griffin was named Senior Vice President at NBC News. There he was responsible for Americana’s number-one morning program ‘Today’. He also arranged the launch of several successful programs like Morning Joe, The Rachel Maddow Show, The Ed Show, and The Last World with Lawrence O’Donnell.

Phil Griffin’s personal life is as settled as his professional life.  It might seem very unlikely given the nature of his job but he is definitely a romantic, He is married to his long-time girlfriend Kory Apton.

Mr. Griffin threw a surprise wedding with 50 of his closest friends. When he took Kory to ‘Joe’s fish shack’ in Upper West Side Manhattan, Kory had no idea she was actually walking to her wedding venue. The minute they stepped in ‘Here comes the bride’ started playing and rest is a romantic fairy tale, something the couple still cherish.

Like their wedding, their married life is fun and freewheeling as well. Ms. Apton, a former freelance television producer and Phil Griffin, her husband and MSNBC’s current president, have 2 children and an incredibly happy household.

Phil Griffin has had a long career in American media. He is the president of one of the most dominant 24 hour cable news network. His net worth is definitely in millions, we don't know the exact figures though.