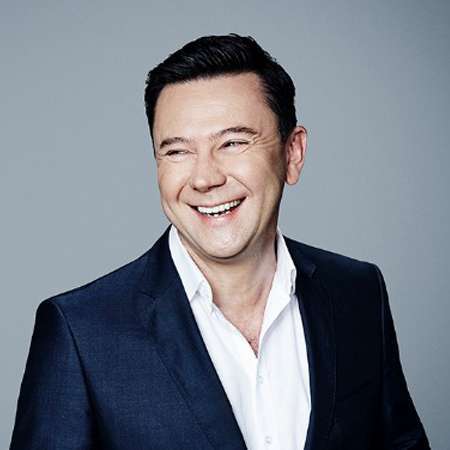 Phil Black was born in Australia and was raised in his birth country along with his family. But there has no any updated regarding his birth date and his current age. Black's parent's details have not been updated. According to Black's nationality, he is Australian. And Black's ethnicity is white as he was born from Australian parents. Black's sibling information has not been updated yet.

Phil Black attended at Macleay College located in Sydney, where he earned an associate diploma in Journalism. Black started his career from Australia's Channel Nine Getaway, where he appeared as a researcher helping the crews with logistical planning for shooting travel stories. Black later also worked as a reporter and producer for the channel in his five years long career.

Later he joined Seven News as a correspondent, where he worked on Australia's highest rating news program. Black worked for a period of seven years in the channel and covered major news including the Asian Tsunami from Sri Lanka.

Phil currently works as an International Correspondent for CNN's London bureau. Previously, Black worked in Moscow as CNN International's Russia correspondent. And during his Moscow day, he covered various news including Putin's re-election as president and arrest and detainment of protest punk group Pussy Riot. Black has also played a crucial role in the coverage of the crisis in Ukraine and fighting between pro-Russian rebels. Black was also recognized twice at the 2014 AIB awards, for his coverage and reporting of an anti-government protester in Independence Square and covering the crash site of the downed Flight MH17.

Though Black started his career as a freelance reporter in CNN International in April 2007, he has worked very hard to get his current position and image. Previously Black also worked on several stories including Princess Diana inquest, attempted London terror attacks, McCartney-Mills divorce hearings and much more.

Phil Black's current relational status is married, Phil had an affair with Ellie Jane Taylor. And later he married his girlfriend Taylor in a private event ceremony in the City of London. Phil's spouse is a famous English comedian, who is best known for her show Snog Marry Avoid and Fake Reaction.

He currently lives in London, the United Kingdom along with his wife Taylor. And he has also been featured several times in magazines and TV as a guest for his works.

Phil's net worth and salary have not been updated yet despite being a celebrity journalist. Phil is  active on Twitter with thousands of fan followings.