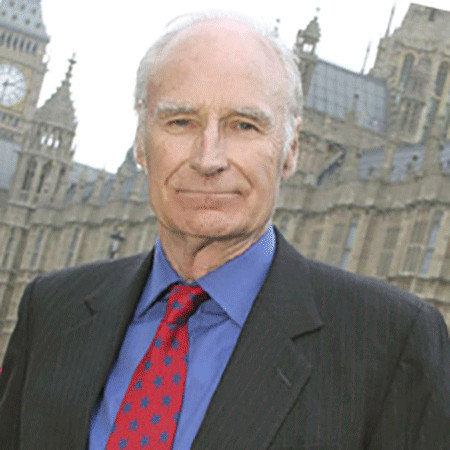 A British radio and television presenter Peter Snow is best known for his career in ITN and hosting the BBC shows, Swingometer and Newsnight. Peter Snow is a much-admired journalist for his presentation skills. He is one of the recipients of C.B.E. (Commander of the Order of the British Empire) in 2006 Queen’s New Year’s Honors List for his services to broadcasting. He was born on 20th April 1938. He is an author of a number of books. His latest book is titled ‘When Britain Burned the White House: The 1914 Invasion of Washington’.

Born in Dublin to father Brigadier J.F. Snow, CBE, Peter Snow spent his early childhood days in Benghazi, Libya where his father was stationed. He was sent to a boarding school when he was a child. He went to Wellington College in Berkshire and also attended at Balliol College, Oxford University. He served in the National Service as a 2nd Lieutenant in Somerset Light Infantry based in Plymouth and Warminster from 1956-1958.

After graduation, Peter Snow wanted to work in the theater as a theater director but was offered a job at ITN instead. Peter started working in ITN at the subeditor's desk in 1962 which he confessed to enjoying a lot and became a presenter and reporter on the ITN News in a short time from March 1963. He appeared as the election analyst and co-presenter of ITN’s General Election programs throughout the 1960s and 1970s. He came in recognition after he was recruited as the main presenter of the BBC 2 in-depth news program Newsnight.

Since 1983, Peter snow took the responsibility of famous BBC show “Swingometer’. He is known for his excitable and elaborative style of presentation. Peter has presented several of the shows including Battlefield Britain with his son Dan Snow covering the battles on British soil, Whose Britain is it anyway?, What made Britain rich? what Britain earns? and many others. He has appeared on a reality TV talent show called Maestro on BBC 2. He presented Trainspotting Live for BBC Four in 2016.

It is not known what is the actual salary and net worth of Peter Snow in any sources. However, looking at his involvement and skills it is a s sumed to be not less than some million dollars.

Peter Snow is a married man. He has been married twice and is the father of six children from his three relationships. His eldest is a son named Matthieu, who was born before his first marriage from his relationship with his girlfriend. Matthieu is a French citizen and Peter was not aware of his existence till Matthieu became an adult.

Peter Snow married Alison Carter in 1964 and has a son, named Shane and a daughter named, Shuna. The couple got divorced after nine years of their marriage. Later in 1976, Peter married Ann MacMillan, who is the great-granddaughter of former British Prime Minister David Lloyd George. His wife Ann was a reporter at the Canadian Broadcasting Corporation based in London. The couple is blessed with three children, a son named Dan, who is married to the daughter of 6h Duke of Westminster and two daughters named Rebecca and Kate.

Peter Snow can be seen on screen as an actor as well during the 1960s. He auditioned for the role of James bond. However, his towering height of 6 feet and 5 inches, made him unsuccessful in landing the role.