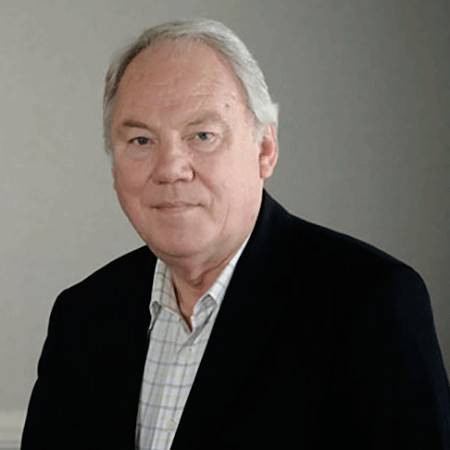 An English veteran broadcast journalist Peter Sissons is currently serving at BBC. He has been active in the profession since 1964. He served as the presenter of the BBC Nine O’Clock News and the BBC Ten O’Colock News from 1993 to 2003. He is a former presenter of BBC’s Question Time. He left BBC in 2009 and announced his retirement. Following his retirement, Peter Sissons started writing his autobiography.

Peter Sissons was born on 17 July 1942 in Liverpool. He has four brothers of which he is the third one. His father George Robert Percival Sissons was a Marchant Navy Officer and his mother’s name is Elsie. He attended Dovedale Junior School. John Lennon and Jimmy Tarbuck were his cla s smates. He went to Liverpool Institute for Boys with Bill Kenwright, Steven Norris, George Harrison and Paul McCartney. He is a graduate of University College, Oxford and served as a Treasurer of the University College Players.

Peter Sissons started his professional journey from ITN since 1964. His time in ITN helped him to get into BBC. He got wounded by gunfire while he was covering for Biafran War in 1968. He suffered severe nerve damage in his left leg from that gunfire. After recovering from his injury, Peter Sissons became ITN’s Industrial Editor covering high-profile industrial disputes during the 1970s. Peter has presented and reported for several programs. He left ITN in 1989 and joined at BBC.

Peter Sissons started as the presenter of Question Time in BBC. He co-presented BBC’s General Election Night in 1992 with David Dimbleby and Peter Snow. He has hosted several shows from the station and also served as the fill-in host for different shows at different times. He announced his retirement from the BBC on 2009 June 12 to write his memoirs.

When One Door Closes

After retiring from BBC, Peter Sissons started writing his autobiography. His autobiography was titled ‘When One Door Closes’ which is based on the critics of his former employer, the BBC. In the autobiography, he argued on the organizational left-wing mindset and BBC having a bias towards New Labour, the United Nations, the European Union, environmental groups, ethnic minorities, Islam, and women.

Peter Sissons has not disclosed information on his salary or net worth. However, he must have been paid a very good salary while at BBC making his net worth not less than a million pounds.

Peter Sissons is a married man. He is married to his wife Sylvia since 1965. The couple has been living blissfully. They have three children who are all grown up and engaged in their profession. One of their children Kate is an actress. He lives with his wife in Sevenoaks, Kent and also has a home on the island of Barbados. Other than this, there is no information on his past affairs.